Getting a prime tee time at Long Island’s popular golf courses can be a sport in itself, as rising land values have led to several courses being closed and converted to more lucrative uses over the last decade.

The Links at Shirley has been converted to residential development, Tallgrass golf course in Shoreham is now a solar farm and the land that once housed Island Hills Golf Course in Sayville, which closed in 2015, is being eyed for a $500 million luxury apartment complex, a plan that faces some pushback from area residents.

In each case, the course’s worth was measured by the land it was on.

Now some developers are buying golf courses and seeking to keep them open by building homes adjacent to the course, while others look to redevelop the entire property.

“If 150 acres is the smallest size to have a golf course, and a half acre is the smallest space you can build a house, and you charge a half million per house, you’re looking at $75 million in homes,” said David Pennetta, executive director of Cushman & Wakefield’s Long Island office in Melville. “And golf clubs tend to be in more affluent areas, so there is a lot of value if you’re sitting on 200 acres.”

Gary Baumann, an associate broker at Douglas Elliman Real Estate in Huntington, said, “golf courses are just about the last pieces in most areas of Long island where you can build a large-scale project.”

The trend is also being felt nationwide, where more than 200 golf courses closed last year, and fewer than 20 opened, according to a report from the National Golf Foundation, a golf-business research group based in Jupiter, Florida.

Get the Biz Briefing newsletter!

The latest LI business news in your inbox Monday through Friday.

The closings represent a 1.5 percent contraction in the number of courses overall — there are 14,794 in the United States — as “demand for land to develop residential and commercial real estate continues to fuel the supply correction in golf,” the foundation wrote in its 2018 Golf Industry Report.

The number of golf rounds played annually has stayed reasonably steady in the last five years, according to the Foundation’s data. Several Long Island municipalities also said their public courses have had fairly consistent attendance.

Uniondale-based RXR Realty last year purchased the 138-acre Engineers Country Club, a private club in Roslyn Harbor. Rather than close it, the developer plans to build luxury homes on part of the property.

The developer paid $14.5 million for the club and also invested $2.5 million to update the course, dining area, tennis courts and the decor, said Joe Graziose, a senior vice president at RXR.

“We saw something in our backyard, in a beautiful community that is directly between two of our other properties, Garvies Point in Glen Cove and the Ritz-Carlton Residences in North Hills,” Graziose said. “So, yes, it’s a great amenity for our residential business. But it’s also an opportunity for us to use our management and development experience to turn around a club.”  Any residential construction at Engineers will need the approval of the Village of Roslyn Harbor.

“We partner with local government. We don’t fight with them. We get to know them and establish a relationship,” Graziose said.

But the difficult approvals process has left Long Island behind the national trend of building homes on golf courses, he said.

“I definitely think this will be an ongoing strategy for clubs that are failing here. It’s a natural opportunity to offset costs and save the open space,” he added.

The Town of Hempstead imposed a moratorium in 2016 on residential development of some privately owned golf courses. Three limited liability companies that own The Woodmere Club sued the Town in May, saying the moratorium was “unconstitutional” and violated the golf course’s property development rights. A development plan at Woodmere has not been submitted to the town.

The golf course, located on Meadow Drive, is slated to close in 2022.

Other course owners also hope to develop part of their property. Heatherwood, a course in South Setauket, is going through the Brookhaven planning process for its plan to build townhomes for 55-and-older renters. The course would be shortened from 18 holes to nine.

“The nine-hole course is an attraction for people, because they can play, and enjoy themselves for two hours,” said Douglas Partrick, managing member of Heatherwood Communities. “Not everyone has five or more hours to play.

“As for the golf course business, it’s challenging to operate on its own,” Partrick said.

A plan also has been pitched to build 98 townhomes and a clubhouse at Indian Hills Country Club in Fort Salonga, after the original proposal was downsized in response to community opposition.The new proposal is in the Huntington Town approval process.

Courses on Long Island can’t survive without the development, said Mitchell Pally, chief executive of the Long Island Builders Institute, an organization that represents contractors in the home construction and remodeling industries.

“It is nearly impossible to make money on a golf course itself, and on Long Island it is impossible because of the high cost of operations,” Pally said. “The town and community have to understand that if you want the golf course, the ancillary income needs to be there. Otherwise the golf courses will be gone.”

Scott Rechler, the chief executive at RXR Realty Corp., which owns Engineers in Roslyn, said that operating a course “is not feasible without some sort of subsidy. We hit a saturation point with golf courses. Some will always do well and some are already gone. The rest will come down to if they can harvest some sort of development. At this point, we are subsidizing the club.”

He added that private clubs are often forced to stop investing in improvements such as upgrading clubhouses, dining areas and the golf course itself because of a shortage of revenue, and that often leads to a drop in dues-paying members.

“And once you stop investing, you create you own destiny,” Rechler said, adding that RXR has doubled the number of Engineers members to more than 200 since it took over the club.

Still, Brookhaven Town is rezoning golf courses to prevent single-family homes from being built on the properties, and Hempstead Town is considering a similar measure that would limit development on courses.

“We’ve seen too many golf courses get plowed under and replaced with homes,” said Brookhaven Councilman Dan Panico. “This can’t happen here. Golf courses provide open spaces, vistas, and when they disappear it takes away from a recreational activity people enjoy.”

Panico also said the town recognizes that the courses need to bring in revenue year-round to survive, and the new zoning laws will permit the clubs to operate “catering facilities, spas, mini golf courses, and other commercial recreational uses. We know they’re under financial pressure.”

“It’s the definition of not being smart growth,” Alexander said. “It’ll probably have a gate, and, really, it’s the newer version of the type of sprawl our organization wants to limit.”

“Once developers see something they think will be a trend, they go at it like a dog and a bone,” Murdocco said. 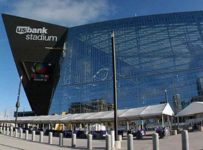