Ryan Guzman has become a father.

The ‘Step Up Revolution’ star – who has been with the ‘Power Rangers Ninja Steel’ actress since 2016 – was seen cuddling their new arrival in pictures shared on his brother Steven’s Instagram from the hospital.

Alongside the series of photos, Steven captioned the post: “Mateo Lopes Guzman. When I saw you I had tears of pure happiness and knew my life just got better.”

Declaring his nephew “the cutest Guzman alive”, Steven continued: “I promise to love you until the day I die and be the best Tio you could ever dream of.

“Only thing I don’t like about you is that you’ve easily taken the throne of cutest Guzman alive. 1-24-19 is a proud day for us all. (sic)”

The couple announced their baby news in September, when the Brazilian beauty was five months pregnant.

Alongside a slide show of pictures of the pair showing off Chrysti’s bump in a field, she wrote: “2018 has been a year of unexpected surprises. New jobs, new lives, and new love. Each one getting better than the next. As the year rounds the corner to its end, we both believed it couldn’t get any better. We were wrong! The newest/best surprise has yet to arrive but is on it’s way

To living our BEST lives!

Chrysti has used the photo-sharing app to document her entire pregnancy journey, including their gender reveal party and several pictures of her bump at every stage.

The couple decided as soon as they knew they were having a boy that they wanted to name him Mateo.

On the unique story behind the cute moniker, Ryan explained previously: “My mom ran a daycare for most of my life and one of the kids she watched after was named Mateo.

“He was one of the sweetest kids. As soon as I found out I was having a son, I pictured this little kid.” 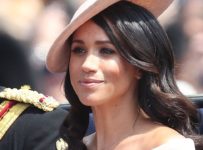 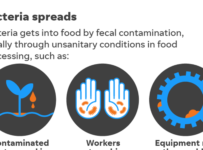