First, a warm thanks to several folks who are my friends, but also to good people who stop me on our walks around the Arcata Marsh to tell me that they enjoy reading these “Science for You” columns. As I wrote in the first column, scientists — including me when I was practicing — often do not take the time to explain their findings to people who are not scientists. Given the critical importance of science for our species, and the increasing decline of government support for science, it is very important that scientists communicate better with laypeople. Some universities are doing a good job of educating young scientists about how to explain their results to laypeople. The State University of New York at Stony Brook created a Center for Communicating Science more than 10 years ago. The Center educates students and existing scientists about how to educate non-scientists about science. Go to this website to check out the Center: www.aldacenter.org/get-started/about-us.

Of man and ape

Now let’s learn about some interesting discoveries. As you might suspect, I’ve grown increasing interested in how our bodies and minds and behaviors change as we age. A study (https://science.sciencemag.org/content/370/6515/473) of chimpanzees by scientists from four American universities and one from a national park in Uganda has been going on for more than 20 years. They analyzed social interactions among male chimpanzees varying in age from 15 years to 58 years old and compared chimpanzee behavior to humans. Social studies of human men show that as we get older, we look for relationships that are positive and already in place since we are aware that our time on earth is limited. Interestingly, old chimpanzee males also engage in similar behaviors. Does that mean that chimpanzees have a sense of time like we do? The scientists don’t think so, but do not have a conclusive set of data to support this. They also suggest that changes in our social relationships even in the absence of a time sense, might be the basis for the evolution of aging behaviors in humans. Keep studying those chimps and people, too.

Our local health care folks are helping to test the effectiveness of a drug, remdesivir, which is an antiviral medication developed by Gilead Sciences, an American biopharmaceutical firm based in California. Remdesivir was approved by the U.S. Federal and Drug Administration to treat COVID-19 based on a few studies of its effectiveness. In an article recently published in Science magazine, (https://science.sciencemag.org/content/370/6517/642), scientists were surprised when a study of a large number of patients conducted by the World Health Organization showed that other studies of the drug might well be wrong and that remdesivir was not effective to reduce deaths or time in hospitals for COVID patients. Unfortunately, the FDA had not consulted a scientific advisory committee that it has in place to review data on experimental drugs. Gilead had made an agreement with the European Union to produce the drug for its population and shortly thereafter, the FDA approved the drug. The pandemic has certainly caused us a lot of problems.

Theodosius Dobzhansky, the scientist that tutored me to get a doctoral degree at Rockefeller University in New York City was a remarkable person. In 1973, he published a paper entitled, “Nothing in biology makes sense except in the light of evolution” (Am. Biol. Teach. 35, 125-129, 1973, https://bit.ly/32KGJKc). Recently a group of American scientists at universities throughout this country have published a paper (https://www.pnas.org/content/117/45/27767) on the consequences of human evolution on the pandemic and the potential of human evolution to combat this and other viruses. They begin their paper by citing the article by Dobzhansky referenced above. These scientists point out that natural selection has produced humans that have a fairly effective immune system that attacks viruses in our bodies but also affects our behaviors in ways that help to fight infections. The abilities we have such as speech and the development of tools such as medicine have allowed humans to dominate this world. There are now about 7.8 billion people on the earth.

The paper referenced above consulted a number of evolutionary scientists and asked them for their insights about the effects of evolution on the virus and how humans may respond to viral epidemics. These insights are really worth considering in detail (see the link above) but here are their 10 perspectives:

4: The Mating Landscape Is Changing, and There Will Be Economic Consequences from a Decrease in Birth Rates

5: Gender Norms Are Backsliding, and Gender Inequality Is Increasing

6: An Increase in Empathy and Compassion Is Not Guaranteed

7: We Have Not Evolved to Seek the Truth

8: Combating the Pandemic Requires Its Own Evolutionary Process

This paper is really worth a read even for laypersons. While it does raise some serious concerns about our reactions to pandemics, it does end by reminding us that humans are progressing. Many of us will not live to see the progress, but let’s hope that our grandkids do.

Rollin Richmond is an emeritus professor of biology and emeritus president at Humboldt State University. He has worked as an evolutionary geneticist at several universities during his career. (Full disclosure: He happens to be responsible for 50 percent of Times-Standard publisher John Richmond’s genetic makeup.) Questions or comments about this column can be sent to [email protected] 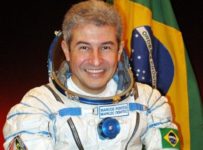