In an incredible first, scientists have captured the world’s first actual photo of quantum entanglement – a phenomenon so strange Einstein famously described it as ‘spooky action at a distance’.

The image was captured by physicists at the University of Glasgow in Scotland, and it’s so breathtaking we can’t stop staring.

It might not look like much, but just stop and think about it for a second: this fuzzy grey image is the first time we’ve seen the particle interaction that underpins the strange science of quantum mechanics and forms the basis of quantum computing.

Quantum entanglement occurs when two particles become inextricably linked, and whatever happens to one immediately affects the other, regardless of how far apart they are. Hence the ‘spooky action at a distance’ description.

Paul-Antoine Moreau, first author on the paper where the image was unveiled, told the BBC the image was “an elegant demonstration of a fundamental property of nature”.

To capture the incredible photo, Moreau and a team of physicists created a system that blasted out streams of entangled photons at what they described as ‘non-conventional objects’.

The experiment actually involved capturing four images of the photons under four different phase transitions. You can see the full image below: 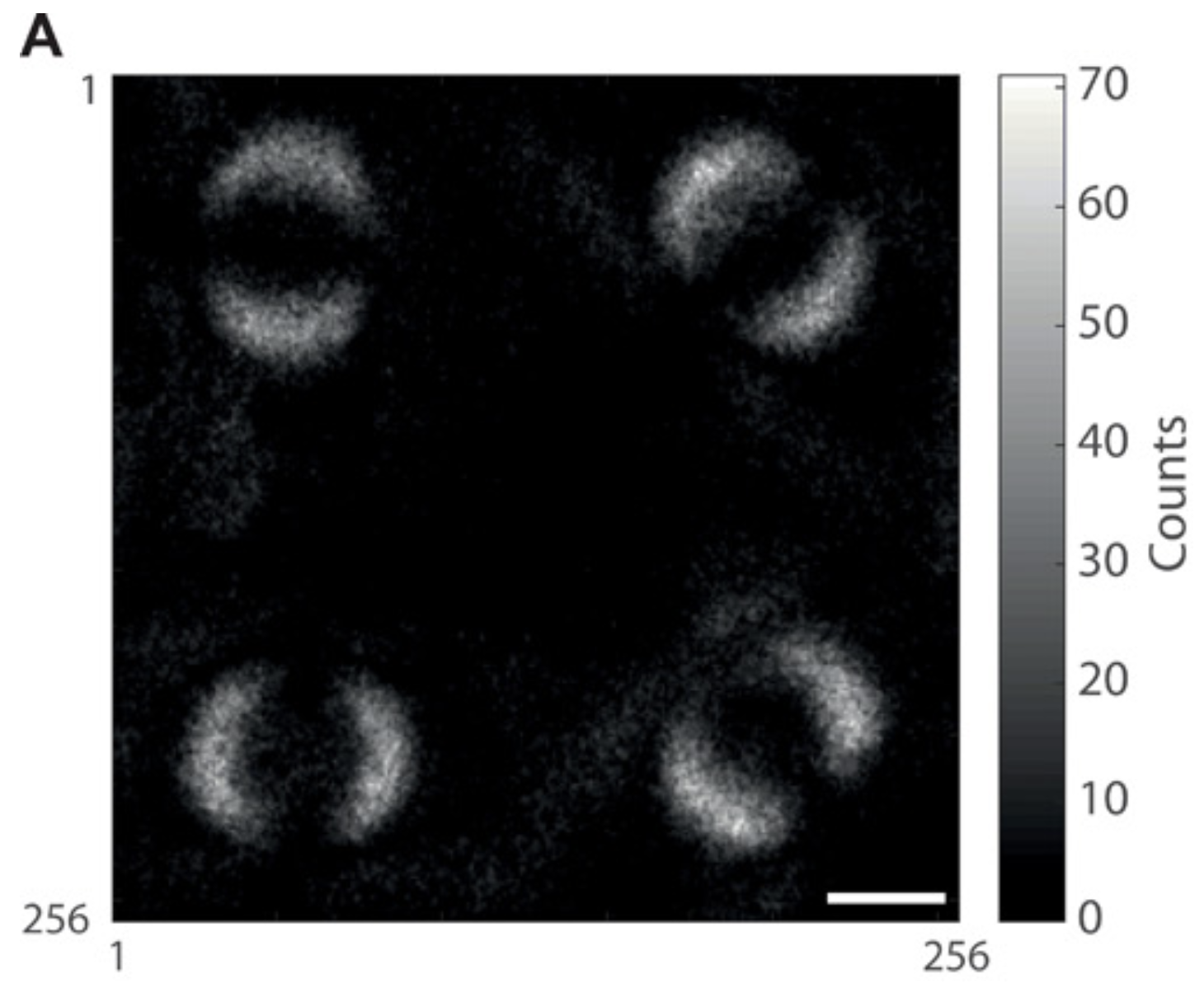 What you’re looking at here is actually a composite of multiple images of the photons as they go through a series of four phase transitions.

Basically, the physicists split the entangled photons up and ran one beam through a liquid crystal material known as β-Barium Borate, triggering four phase transitions.

At the same time they captured photos of the entangled pair going through the same phase transitions, even though it hadn’t passed through the liquid crystal.

You can see the setup below, the entangled beam of photons comes from the bottom left, one half of the entangled pair splits to the left and passes through the four phase filters. The others that go straight ahead didn’t go through the filters, but underwent the same phase changes. 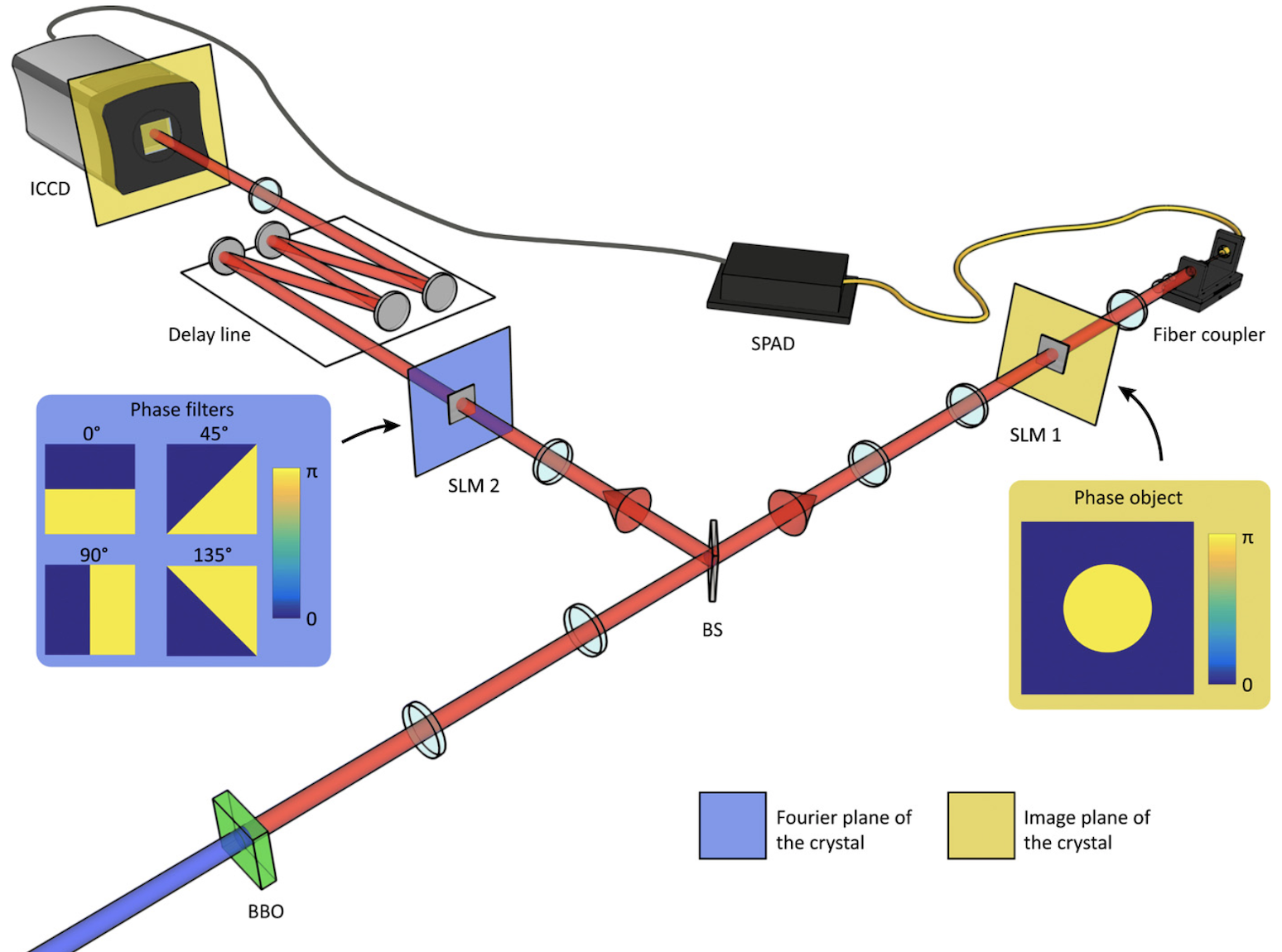 The camera was able to capture images of these at the same time, showing that they’d both shifted the same way despite being split. In other words, they were entangled.

“Here, we report an experiment demonstrating the violation of a Bell inequality within observed images,” the team write in Science Advances.

“This result both opens the way to new quantum imaging schemes … and suggests promise for quantum information schemes based on spatial variables.”

The research was published in Science Advances.