New evidence suggests the first known black hole is bigger than previously thought, which may force scientists to reconsider their understanding of how giant stars give rise to black holes.

Scientists think stellar-mass black holes, which contain up to a few times the sun’s mass, form when giant stars die and collapse in on themselves. The first black hole ever discovered was Cygnus X-1, located within the Milky Way in the constellation of Cygnus, the Swan. Astronomers saw the first signs of the black hole in 1964 via gas it sucked away from a closely orbiting blue supergiant star. As this gas spiraled into the black hole, it became so hot it emitted high-energy X-rays and gamma-rays that satellites could detect.

A trio of studies in 2011 suggested Cygnus X-1 was located about 6,070 light-years from Earth, but the new research suggests the black hole is actually about 7,240 light-years away. Because other characteristics of the object are calculated based on distance, the new calculation argues that Cygnus X-1 is quite a bit larger than scientists had realized.

Related: What happens at the center of a black hole?

Get ready to explore the wonders of our incredible universe! The “Space.com Collection” is packed with amazing astronomy, incredible discoveries and the latest missions from space agencies around the world. From distant galaxies to the planets, moons and asteroids of our own solar system, you’ll discover a wealth of facts about the cosmos, and learn about the new technologies, telescopes and rockets in development that will reveal even more of its secrets. View Deal

To estimate the black hole’s distance, scientists use the so-called parallax technique, which examines Cygnus X-1 compared to its background. “If you hold a finger at arm’s length and close one eye and then the other, you will see it [your finger] appear to move from one spot to another in comparison with more distant background objects,” James Miller-Jones, an astrophysicist at the Curtin University node of the International Center for Radio Astronomy Research in Perth, Australia, lead author on the new study and co-author on some of the 2011 research, told Space.com. “Using that same idea, one can calculate how far away Cygnus X-1 was by looking at it from different vantage points as Earth moved around the sun.”

The 2011 work analyzed the light from the black hole’s companion star to help estimate the star’s diameter. With this measurement, researchers calculated other details of the partnership, such as the black hole’s mass, suggesting it was about 14.8 times that of the sun.

However, the 2011 research did not collect data from the black hole throughout a full orbit around its companion star. Without that information, the prior work could not fully account for how these orbital motions might affect the distance and mass estimates.

In the new study, Miller-Jones and his colleagues analyzed observations of Cygnus X-1 from the Very Long Baseline Array (VLBA), a giant radio telescope made of 10 dishes scattered across the U.S. Over the course of six 12-hour-long observations carried out on consecutive days, the researchers monitored the full orbit of the black hole.

Using the parallax technique on this new data combined with the 2011 data, the scientists found the black hole may be farther away that previously thought, about 7,240 light-years from Earth.

These new findings led the researchers to revise what models of the motions of Cygnus X-1’s companion star, which in turn led to a new estimated mass for the black hole — about 21.2 times that of the sun. This size makes Cygnus X-1 the largest stellar-mass black hole detected to date with observations of light. (Gravitational-wave observatories such as LIGO that detect ripples in the fabric of space and time have detected larger stellar-mass black holes, including one about 50 times the sun’s mass.)

These findings suggest that the stars that form stellar-mass black holes may not lose as much material via winds as previously thought. “The mass of a black hole is set by how massive a star it started off as,” Miller-Jones said. “Stars lose mass as winds blowing off their surface, and massive stars generate more powerful winds. The most massive stars can have very powerful winds, and lose a lot of mass through them before they form black holes.”

The newfound giant size of Cygnus X-1 therefore suggests the stars that form stellar-mass black holes can be larger than previously thought. “Previous models predicted the most massive black hole a massive star in our Milky Way galaxy should be able to make should only be about 15 times the mass of the sun,” Miller-Jones said. “So finding something 21 times the mass of the sun means we have to revise our estimates of how much mass these massive stars are losing.”

The updated estimates of the black hole’s mass and distance also helped revealed the object is spinning very close to the speed of light, “faster than any other black hole found to date,” study co-author Xueshan Zhao at the Chinese Academy of Sciences in Beijing, said in a statement.

The scientists detailed their findings online Feb. 18 in the journal Science. Two other papers focusing on different aspects of this work also appeared Feb. 18 in The Astrophysical Journal. 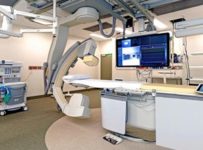 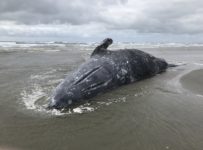 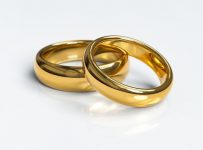