With a young population, a culture of renting, a buzzing hi-tech economy and a good quality of living, Berlin’s property market has recently found a new lease of life.

With all the ingredients for a landlord’s haven, is property in Berlin really a good investment?

Around 50 per cent of Germans own their homes overall, with the percentage in cities much lower. In Berlin, 85 per cent of the population rents, a figure that has fallen by just three per cent in the last decade. By comparison, that figure is about 37 per cent in the UK – although it is rising.

The capital city is also expected to grow by 250,000 people by 2030. A shortage of properties to buy and a ballooning population mean that house prices in the city are soaring, up 36 per cent over the last three years alone, according to Deutsche Bank. This is compared with an average of 30 per cent in other German cities.

Average rents have nearly doubled in the last 10 years, although from a low base. “There are two big universities here, and Berlin is still pretty much the only German city where it is possible to get by speaking only English, which means it is attractive to people from all over Europe,” claims Till McCourt, Ziegert’s chief researcher.

The city remains very affordable relative to others because of rent controls, he adds. Berlin has the one of the lowest cost of living levels of all German cities, and  the only urban area that is cheaper is Cologne. 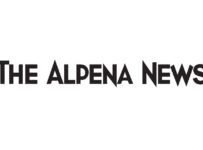