Spike Lee considers the “impact” of his films to be more important than awards.

The 61-year-old director – who has helmed a string of iconic movies during his career, including ‘Do the Right Thing’, ‘She’s Gotta Have It’ and ‘Malcolm X’ – has received worldwide acclaim for his work in the film business, but Spike has insisted he doesn’t measure his success by the number of awards he’s won.

Speaking to The Hollywood Reporter, Spike explained: “The goal is not to be nominated. The goal is to make films of impact, and this film [‘BlacKkKlansman’] definitely has.

“I’m not trying to be some grandiose motherf***er like, ‘Oh, I don’t need awards.’ I’m not saying that. But what I’m saying is that, there are things more important.”

Spike’s ‘BlacKkKlansman’ tells the story of real-life black detective Ron Stallworth who infiltrated the Ku Klux Klan in the 1970s.

And the director considers the movie to have been timely, arriving amid tension in the US.

He said: “I think it really deals with the world we live in today. I keep saying this, but it’s true – ‘The stars were in alignment.’ Everything is timing, really.

“You could do anything – a great song, movie, play, novel – and one little thing in there, it’s not gonna hit. It’s not gonna have impact. It’s timing.” 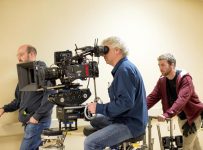 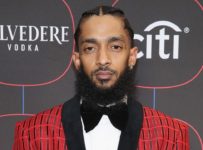