The see-saw week for investors continued.

On Wednesday, each of the major indexes closed in the red, though the Nasdaq and S&P 500 were down just fractionally while the Dow fell about 0.4% with IBM (IBM) and Home Depot (HD) shares weighing on the blue chip index.

Shares of IBM fell over 7% on Wednesday after Big Blue reported a quarter that disappointed Wall Street with revenue declining 2% in the third quarter, resuming a six-year-long slide in revenue that the company snapped earlier this year.

Home Depot came under pressure amid a broad sell-off in homebuilder shares, with the homebuilding sector now down more than 20% this year with higher rates, increasing building costs, soaring prices, and a lack of supply pressuring the U.S. housing market.

And though the stock market closed little-changed on Wednesday, both the U.S. Treasury Department and Federal Reserve made headlines, as the Fed released the minutes from its latest policy meeting and the Treasury published its much-anticipated report on currency practices from U.S. trading partners.

Treasury’s report did not label China a currency manipulator, with Treasury Secretary Steven Mnuchin saying, “Of particular concern are China’s lack of currency transparency and the recent weakness in its currency.”

Mnuchin added, “These pose major challenges to achieving fairer and more balanced trade, and we will continue to monitor and review China’s currency practices, including through ongoing discussions with the People’s Bank of China.”

In all, the U.S. said six major trading partners, China, Germany, India, Japan, Korea, and Switzerland, would be added to its monitoring list for currency practices.

The minutes from the Fed’s latest policy meeting, meanwhile, confirmed that as implied by the Fed’s forecasts published late last month a number of Fed officials appear comfortable moving policy to a restrictive stance.

“A few participants expected that policy would need to become modestly restrictive for a time and a number judged that it would be necessary to temporarily raise the federal funds rate above their assessments of its longer-run level in order to reduce the risk of a sustained overshooting of the Committee’s 2 percent inflation objective or the risk posed by significant financial imbalances,” the minutes said.

“Yet it took until the minutes of the September 2018 FOMC meeting – released today – for the Committee to fully own up to that outlook… Even in ordinary times the Fed doesn’t like to advertise that they are going into restrictive territory; for a monetary policymaker, these times are far from ordinary. The explicit intent to return growth to a long-run sustainable path reaffirms the Congressional mandate as the ultimate lodestar for the policy outlook.”

And on the economic data side the weekly report on initial jobless claims as well as the Philly Fed’s business outlook for October will be the highlights. 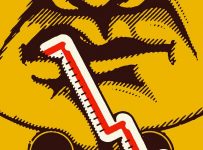