U.S. stocks traded mostly lower on Thursday, as heightened trade tensions between the U.S. and China returned to the spotlight, overshadowing a batch of corporate results that largely beat expectations.

The Nasdaq, however, shook off an early decline to trade higher, supported by a modest rise in technology stocks.

What are the benchmarks doing?

Eight of the 11 primary S&P 500 sectors were in negative territory. Among the biggest drags were the materials sector, which sank 1.3%, and energy stocks, off 1.1%. The industrial sector, which is heavily correlated to trade issues, fell 0.6%. On the upside, the information-technology sector rose 0.2%.

Worries about apparent tensions between Washington and Beijing washed onto Asian shores, buffeting major benchmarks in Asian hours and dampening the buying mood in the U.S.

On Wednesday, the Trump administration threatened to more than double proposed tariffs on $200 billion of Chinese goods to 25%, up from an original 10%. The administration didn’t provide specific reasons for such an increase, but the potential for an intensification has helped to unsettle markets during what is typically considered an unfavorable month for stock-market gains.

One of China’s premier equity benchmarks, the Shanghai Composite Index


fell 2% on the day and has dropped 21% since a recent peak in January.

Thursday’s trading action comes a day after the Federal Reserve left monetary policy unchanged, as expected, and affirmed its upbeat outlook for the domestic economy. That supported expectations that the central bank will raise benchmark interest rates twice more before the end of year, starting as early as next month.

The 10-year Treasury yield rose back above 3% in Wednesday’s session, following the Fed’s updated policy statement. Higher interest rates can mean higher borrowing costs for U.S. corporations and raise questions about their valuations in such an environment. The 10-year Treasury note

Don’t miss: Bull market in stocks could be in ‘last innings’ as bears set sights on strongest sectors

What else is on investors’ radar?

Initial jobless claims rose by 1,000 in the latest week, however they rose less than expected and were near their lowest levels since the 1970s. The report comes a day ahead of the highly anticipated July jobs report. Separately, factory orders rose 0.7% in June.

Investors also digested the latest moves from the Bank of England, which raised its main interest rate by 25 basis points to 0.75%, as had been expected. The move underscored how a number of central banks are beginning to normalize their policies in the aftermath of the 2007-09 financial crisis, a trend that could weaken a tailwind that has boosted stocks for years.

What are market participants saying

“This market is like living with a volatile family member. If we wake up and trade tensions are bad, then we’re down that day. If they’re not, then we go up. This is still an amazingly strong market, with an earnings season that has been pretty darn good, but it’s difficult for us to rise when you continually hear how bad things are,” said JJ Kinahan, chief market strategist at TD Ameritrade.

“Who knows if the latest development changes anything that significantly, but tariffs could certainly stall the momentum in economic growth, and we don’t know what the timeline is for this issue to be resolved,” he said.

Michael Zezas, a strategist at Morgan Stanley, wrote that “the duration of these conflicts should now be measured in quarters, not weeks.”

In a note to clients, he added, “Benign, negotiated outcomes may still be the endgame, but an extended cycle of escalation will allow the conflicts to play out in company financial statements and economic data. it doesn’t have to be a material economic problem to be a market negative.”

What stocks are in focus

Investors continued to digest results from the second-quarter earnings season, which have mostly supported markets. According to data from JPMorgan, with more than 60% of the market having reported, 86% of companies in the S&P 500 have topped profit expectations, the highest such ratio in its data, which goes back to 2009. Nearly 75% of companies have beaten revenue expectations.


jumped 9.4% a day after the electric-car maker reported quarter revenue that was stronger than expected. The company, shares of which have been extremely volatile throughout 2018, also said it expects to be profitable and cash-flow positive in the second half of the year. The rally was enough to return the stock to positive territory for the year, up 5.3%.


reported second-quarter earnings and revenue that were well above expectations. Shares dipped less than 0.1%.


posted adjusted second-quarter earnings that beat expectations, and while revenue fell from the prior year, it was also ahead of forecasts. Shares rose 0.1%.


tumbled 9.5%. The company reported second-quarter earnings that beat expectations and revenue that was in line with analyst forecasts.


tumbled 14% after it reported revenue that came in below expectations.


reported adjusted second-quarter earnings that beat expectations but revenue that was slightly below forecasts. Shares rose 2%.


rose 6.4% after it gave a third-quarter earnings outlook that was below expectations.


reported a second-quarter loss that narrowed from the previous year and revenue that fell 25%. The stock plunged 19%, bringing its year-to-date decline to 51%.


sank 2.2% after it reported second-quarter earnings that missed expectations, along with revenue that was below forecasts.


tumbled 19% a day after it gave a weak preliminary second-quarter report. 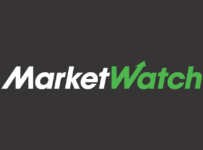 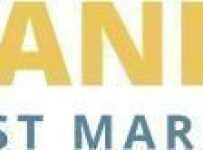 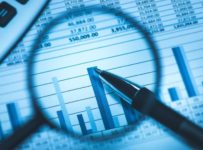