WASHINGTON—U. S. employers added jobs at a robust pace in December, and wages posted their biggest full-year gain in a decade, providing a strong counterpoint to Wall Street worries that tariffs and rising interest rates are holding back the economy.

Stock prices rose on the economic news, with the Dow Jones Industrial Average closing Friday with a 3.3% gain.

Nonfarm payrolls rose a seasonally adjusted 312,000 in December, the Labor Department said Friday. That compared with the average gain of 215,000 a month over the previous five years. Average hourly earnings rose 3.2% in 2018, their biggest full-year gain of the expansion.

Investors have been on edge for weeks about a global economic slowdown and the gathering effects of rate increases by the Federal Reserve. Contributing to those concerns are trade frictions between the U.S. and China, which have led to tit-for-tat tariffs that raise the cost of goods and disrupt business supply chains.

A partial U.S. government shutdown over disagreements between President Trump and Democrats about border security has added to the anxiety.

U.S. stocks in 2018 saw their worst yearly losses in a decade, and the Dow closed Thursday almost 16% below its September peak. Just this week,

citing economic problems in China, jolted investors by downgrading revenue-growth estimates. That reinforced fears that U.S. companies are only beginning to feel the impact of the trade dispute.

All the while, the economy kept cranking out jobs. U.S. employers added a net 2.64 million jobs to their payrolls in 2018, the best year since 2015. Payrolls have grown for 99 straight months, by far the longest stretch of steady hiring on record.

The unemployment rate ticked up to 3.9% in December from 3.7% but remains low by historical standards. The increase owed in part to more people entering the workforce, some of whom get counted as unemployed while they’re looking for work.

Stock prices, already moving up on the economic news, jumped even higher after Federal Reserve Chairman Jerome Powell said the Fed would be patient about further increases in rates this year.

Many forecasters expect economic growth to slow in 2019 and point to trade as a threat, but Friday’s report suggested the economy still has substantial momentum.

Some businesses say their biggest worry right now is that they can’t find enough workers.

Batteries Plus Bulbs, a battery retailer based in Hartland, Wis., with about 700 employees, not counting franchisees, wants to add 30 to 50 employees in 2019 and is having a hard time finding them, said Carole Witkowski, vice president of human resources.

The company raised pay to $13 an hour from $12 at its Wisconsin distribution center late last year, responding to exit interviews that revealed some employees were leaving for higher wages elsewhere. The company also reduced the time it takes to apply for jobs online so that candidates don’t fall out of the process as quickly.

“Across the board, across pay scales, across skill sets, it’s very difficult to find employees,” said Ms. Witkowski. “Everybody is going to have a problem finding the gems out there, so the goal for us is keeping them once we find them.”

Uncertainties around trade negotiations with China, among other things, make it difficult to plan more than two months ahead, said Traci Tapani, co-president of Wyoming Machine Inc., a sheet-metal fabrication company in Stacy, Minn., with 56 employees.

Still, demand from customers was strong in 2018, and that has continued so far this year, she said. Ms. Tapani is looking for two people with skills in welding or press-brake operations and may add more as pending projects gather steam.

“It’s very fluid,” she said. “It’s not like you’re setting a plan and saying ‘here’s what we’re going to do for the next six months.’ The market can change very quickly and a lot of people feel uncertain about things we’re seeing now.”

Friday’s jobs report, based on a monthly survey of 149,000 businesses is one of the most comprehensive surveys of economic activity across the nation, providing fresh evidence on whether businesses have the confidence to keep hiring.

It has tended to move closely with the broader business cycle over the years, making it especially important at times like now of uncertainty about whether the economic tides are turning.

Other indicators of late have pointed to waning momentum, such as a report Thursday by the Institute for Supply Management that suggested manufacturing activity slowed in December.

Friday’s report showed manufacturers added 284,000 jobs to their payrolls in 2018, including 32,000 last month. The annual gain was the biggest increase since 1997 and came despite a stronger dollar, which tends to make U.S. manufactured goods less competitive than products made in other countries.

For 57-year-old Robert Buntin, who said he had been in and out of jail since the 1980s, the strong economy has provided a chance to get his life on track. He earned a commercial driver’s license and in December got a full-time job with AAA, where he performs roadside assistance for $19 an hour. If he stays for three months, he’ll receive a $2,000 bonus.

“I’m back in a situation where I can afford to live,” said Mr. Buntin, who resides in a shelter in New York City but is hoping to move into a home soon. “I’m helping people, giving back in a way, and at the same time I’m making money.”

Ron Holt, CEO of Birmingham, Ala.-based Two Maids & A Mop, said his company is forgoing millions of dollars in revenue because its franchisees can’t hire enough workers to clean homes.

The 500-employee franchise network would add another 50 workers across several dozen locations if it could, Mr. Holt said. With those additional employees, “we’d be able to answer every phone call and respond to every email and not say the word ‘no,’” Mr. Holt said. “That’s the word we never want to say in our business.”

To attract workers, many of the company’s franchisees have added health insurance benefits, he said.

Jetco Delivery, a 245-person Houston trucking and logistics company, increased the pay for drivers about 18% in the past year to counter a widespread shortage of workers, said Chief Executive Brian Fielkow. Company drivers now average $65,000 to $70,000 annually–which he says is above the industry norm–although pay varies based on experience and specialty.

The combination of robust hiring and bigger wage gains means more money in household pocketbooks. That in theory should support growth in consumer spending, which would be especially important now because other engines in the economy face uncertainties. Business investment showed signs of slowing in the second half of 2018, possibly due to boardroom worries over trade. Falling oil prices could dent energy-rich regions of the economy such as Texas. Housing has slowed thanks to higher interest rates.

Housing, an industry that is highly exposed to central-bank policy, has slowed due to rising interest rates.

Trade is perhaps the biggest uncertainty of all.

When tariffs were slapped on boats sold abroad last summer, sales declined by double-digit figures and hiring froze, he said.

“It’s been a bitter pill to swallow,” Mr. Parmentier said, referring to the tariffs.

He projects a reduction in staff if the tariff situation doesn’t improve.

—Chip Cutter and Lauren Weber contributed to this article.

Write to Paul Kiernan at paul.kiernan@wsj.com and Sarah Chaney at sarah.chaney@wsj.com 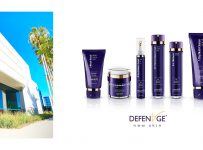