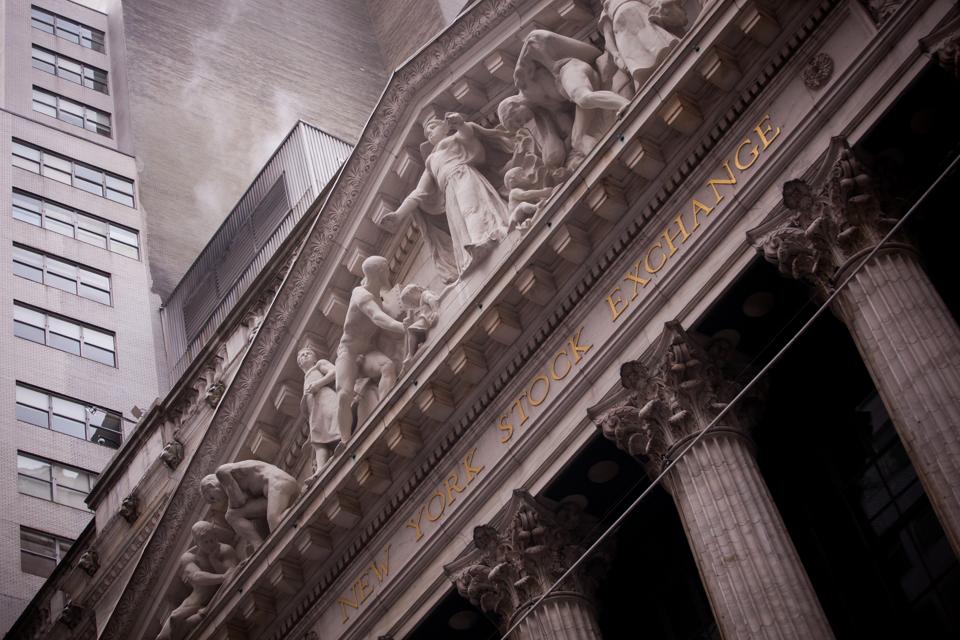 Trade fears are prowling again today, putting a negative spin on things as investors worry about the next phase in this ongoing battle between the U.S. and China. Basically, the mood of the market seems to reflect whatever the tariff mood is on a given day, and Thursday the concerns appear to be back.

The U.S. administration now threatens to slap 25% tariffs on $200 billion in Chinese goods. The original proposal had been 10%. At the same time, the two countries continue to negotiate and there’s a comment period that goes until Sept. 5, so nothing appears immediate. Still, judging from reaction in pre-market trading—where the Dow Jones Industrial Average fell more than 200 points—many investors remain nervous about possible economic consequences if the situation worsens.

Markets fell in Europe and Asia overnight, and the U.S. market seems to be following the same playbook. In overseas news, the Bank of England raised rates early Thursday, a possible sign of continued economic recovery. Keep in mind, however, that this is only the second time the bank has raised rates since the financial crisis a decade ago.

Before tariff talk hit the market, the buzz on Wall Street centered on Tesla. The automaker’s shares rallied 9% in pre-market trading after the company’s surprisingly good earnings report late Wednesday showed Tesla’s cash position improving slightly from a quarter earlier and as the company promised profitability in quarters to come.

Tesla’s Q2 loss was just a little worse than Wall Street analysts had expected at $3.06 a share. Third party consensus was for a loss of $2.76. Automotive revenue rose 47% from a year earlier, Tesla said, mainly because of Model 3 deliveries.

However, actual earnings arguably loom less important for the company than some other measures. Tesla had already reported its Q2 production numbers prior to earnings, so there was nothing new there Wednesday. Instead, what many analysts were looking for was a measure of how much money the company is spending. Some analysts had calculated that Tesla might eventually need to raise anywhere from $1 billion up to $10 billion over the next several years as it has continued to burn cash.

On Wednesday, the company said it had $2.2 billion in cash on hand at the end of Q2, and expects its cash reserves to grow in the second half of the year. This suggests the company isn’t burning through cash quite as quickly as some analysts had thought. Current assets rose to $6.699 billion and current liabilities edged up to $9.141 billion.

The Fed left rates unchanged Wednesday, as the futures market had expected. The Fed peppered its statement with positive language, using the word “strong” numerous times to describe the state of the economy and labor market, while adding that rates remain “accommodative” and inflation is at the Fed’s 2% target.

Futures prices now point to about a 90% chance of another hike by the time of the Fed’s September meeting, and a better than 66% chance of a fourth hike by the end of the year. However, the Fed didn’t really give investors much new insight Wednesday even as the market seems to be looking for some direction. This meeting felt like a placeholder, with the Fed having just raised rates in June and likely waiting to see more economic data before making any additional steps.

With the Fed not a big factor, markets had a mixed tone Wednesday as solid Apple earnings helped lift the Nasdaq while the S&P 500 and Dow Jones Industrial Average both slipped slightly amid more tariff concerns. The White House continues to threaten China with new tariffs, and that might have weighed slightly on some multinationals. That said, the S&P managed to come back a little from its lows by the end of the session, and the financial sector helped lead it back. Financials rose just slightly for the day, but rallied after the Fed statement after initially taking a slight hit.

Aside from Tesla, earnings news Wednesday included wireless carrier Sprint, which reported adding 87,000 net postpaid phone subscribers in the most recent quarter. However, earnings seemed to get overshadowed by the proposed $26 billion merger planned between T-Mobile and Sprint. The companies are meeting in Washington with policy makers to make their case, according to media reports.

While adding subscribers sounds good on its surface, remember that these companies have gone through a lot of competition lately. That’s arguably been a good thing for consumers, because many wireless companies are now offering incentives to keep subscribers. However, that means having to give up some margin. So one school of thought is, yes, they’re getting new clients, but at lower and lower margins.

Looking for Jobs? Focus appears firmly on tomorrow’s July payrolls report, due out at 8:30 a.m. ET Friday. As a reminder, Wall Street analysts expect job creation of 190,000, down slightly from 213,000 a month earlier but still a firm number. Average hourly earnings are expected to rise 0.3%, according to analysts, and the official unemployment rate is seen falling to 3.9%, from 4% in June, Briefing.com said. Over the last months, a lot of the job creation has been in industries that traditionally can serve as building blocks for careers. These include construction, manufacturing, and health care. Those were three of the leading sectors in new jobs back in June, so keep an eye on those categories in tomorrow’s report to see if they continued adding new workers.

Wages are probably the big factor to watch. As we’ve said, if the yearly wage increase hits 3% or higher, that could be read as a possible inflationary indicator. Concerns about this might help account for the 10-year yield rising to 3% on Wednesday for the first time since mid-June.

Data Dump: Amid all the headlines this week about earnings, the Fed meeting, and tariffs, you might have missed a slew of strong economic data. For instance, Chicago PMI for July of 65.5 outpaced Wall Street analysts’ estimates for 62.0. In addition, consumer confidence of 127.4 for July came in above analysts’ expectations for 126.6. Even real estate—under some pressure lately—got some good news as pending home sales for June rose 0.9%, a big turnaround from May’s 0.5% decline. Construction spending for June did fall, but the government reported a dramatic upward revision to May’s number, helping mitigate the negative impact of the June decline. Year-over-year, construction spending is up more than 6%. All this is happening even as inflation, as measured by Personal Consumption Expenditure (PCE) prices, remains just above the Fed’s 2% target. Though not everything is rosy, there are a lot of positives going for the economy right now. The question is how long can it keep going.

“Tech-lash” Debated: While some analysts saw the disappointing results and subsequent sell-offs of Facebook and Netflix recently as signs of a backlash in the tech sector (some call it a “tech-lash”), others disagree and say things really haven’t changed too much. The New York Times had this to say yesterday about the so-called “FAANG” stocks: “Despite the public outcry, the five are all expanding their foothold in our lives, and the forces arrayed against them, which range from regulation to apathy, aren’t having a substantial impact.” The reasons behind the FAANGs’ continued dominance could be an article in itself, but some analysts say that the companies’ increasing focus on software is one factor that could keep any “tech-lash” from really having a big impact.