LOS ANGELES–It comes as little surprise that the strong concentration of tech workers in such cities as San Francisco has led to an increase in office rental rates. Now, though, this tech effect shows signs of influencing rents in cities where there is a concentration of tech workers — and the list is surprisingly long, according to a recent report on tech trends and commercial real estate by CBRE.

“The industry is growing three times faster than the national average and tech employers are seeking out the talent they need in both large and small markets across the country,” Colin Yasukochi, report author and Director of Research and Analysis for CBRE, tells GlobeSt.com.

There is also a growing belief in the industry that innovation can happen anywhere — you don’t have to be based in Menlo Park in other words to create the next Facebook — as well as the realization that having a presence in multiple markets increases the potential for success and helps diversify a workforce.

But there are many cities that, while not matching San Francisco or Seattle, are still higher than the national average. 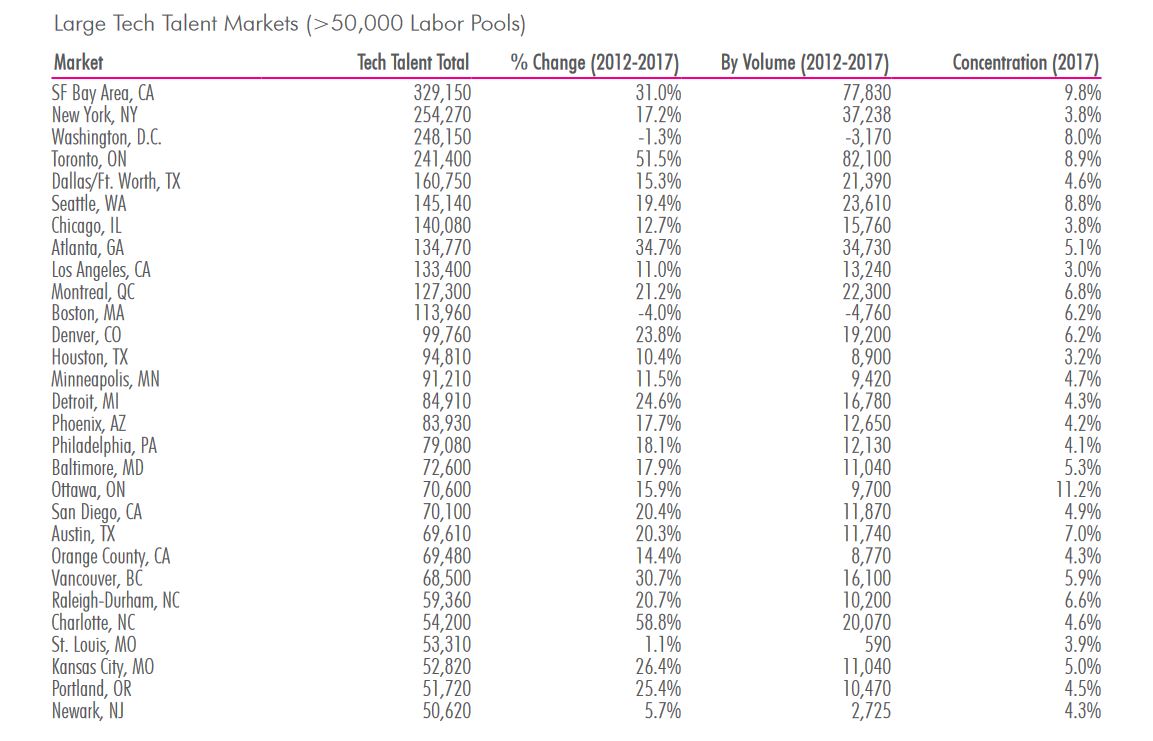 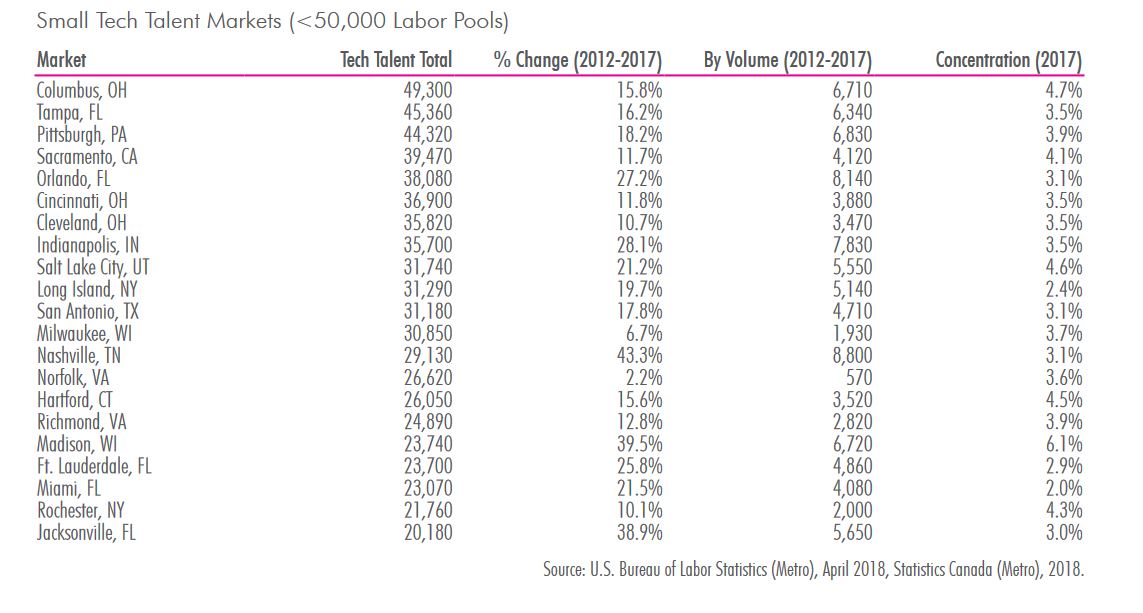 Another facet to consider, Yasukochi said, is that tech employers tend to be concentrated in much smaller geographic areas at the submarket level. “So even if the overall employment of tech workers is not as high in some markets, they could all be concentrated in a relatively small area and that could lead to tightening supply and higher costs,” he said.

So, for example, tech talent in Phoenix is not particularly high but because of its concentration in the Scottsdale and Tempe markets, it has still had a significant impact on real estate, he says.

All told, the tech industry has added 682,000 employees in the past five years — and most significantly for the CRE industry, it has been a top driver of office leasing activity during that time. CBRE writes:

Rent growth is most prominent in the large tech markets with office rents in the San Francisco Bay Area and Orange County 50% higher than they were five years ago. But the decrease in vacancy rates is present across both large and small tech markets. Vacancy rates in Madison, Vancouver and Charlotte are the lowest of the top 50 tech talent markets and some larger markets like New York, Toronto and San Francisco Bay Area are not far behind.