Take away tech stocks, and we’d be having an entirely different conversation about the stock market in 2018. So, the pressing question coming out of the Nasdaq Composite’s two-day 5.3% selloff is whether anything has fundamentally changed for tech—or was the selloff just a passing moment of fear?

Maybe both. We’re loath to call the top for tech stocks, but it is increasingly clear that investors are giving new credence to long-term risks surrounding the sector. That dynamic could play out in the medium- to long-term. But don’t be surprised to see the stocks hit new highs first.

A few analysts cited the selloff as a buying opportunity and a way to get recently hot tech stocks at a slightly cheaper price. In upgrading shares of
Microsoft

(ticker: MSFT) to Outperform on Friday, Macquarie Securities analyst Sarah Hindlian wrote: “We are taking advantage of the market pullback…to correct our rating on Microsoft, a name we have sorely missed.”

(SQ), which he upgraded to Buy from Hold. “Having been on the wrong side of Square stock for some time, we believe the recent sharp selloff creates a long-term opportunity,” he wrote.

Who can blame investors for wanting more of tech? The Nasdaq is up 8.6% this year, more than double the broad market. The ballyhooed FAANG trade—
Facebook

The good news for tech investors is that valuations remain reasonable. A year after the 2000 tech bubble, tech stocks still traded at a 200% premium to the market. Today, techs trade at just a 30% premium. Even the FAANGs aren’t that expensive, relatively speaking. Netflix and Amazon are the priciest, but they also have the most growth.

We learned this past week that it won’t be valuation that does in tech. The primary focus remains on issues investors already know. No one should be surprised that Google decided to shut down Google+ this week after a privacy issue came to light.

The GICS reclassification, which governs S&P 500 sectors, isn’t news either, but it’s adding noise around recent trading. Under the new classification, tech is no longer simply tech. More than half the FAANGs are now part of a new “communications-services” sector (Alphabet, Netflix, and Facebook).

The dominance of tech also means that more and more investors are involved, so when sentiment goes south, the pain is amplified. “We worry about tech getting hit harder in a risk-off environment because it’s very over-owned by funds,” says RBC Capital Markets strategist Lori Calvasina.

Those are nonfundamental problems, though, and they’re not going to change the powerful business models of big tech.

But China could. And that’s what feels different about this past week. The most significant chunk of China tariffs recently went into effect, a list covering $200 billion in products moving from East to West. Companies have just started calling those tariffs material on earnings calls. China manufactures roughly 60% of the world’s smartphones and a higher percentage of the world’s computers.

Almost simultaneously, we learned from Bloomberg that Chinese operatives had managed to insert spy chips inside servers used by Apple, Amazon, and others. The companies have denied the allegations, but it certainly raises concerns for companies that rely on China for their manufacturing.

If Apple suppliers—a group of companies with a market value of roughly $1 trillion—were forced to spend 10% of their gross profit investing in security or relocations, the bottom-line impact by our math would be about $10 billion annually. If you put a current Nasdaq-like price/earnings multiple of 20 on those profits, the value destruction could be over $200 billion.

When Barron’s analyzed Apple’s suppliers following the initial release of the Trojan-chip story, less than $20 billion of their total stock value had been lost—a number we thought was too small. Sure enough, a week later, the losses had ballooned to about $100 billion. But that’s still only about half our worst-case scenario, and it’s Apple-specific.

If Apple and its fellow FAANGs decide to invest more in security themselves, the aggregate profit loss ($20 billion) could translate into $400 billion of market value gone to money heaven.

Some of that could still be reincarnated, creating different opportunities for investors well outside the FAANG trade. Security and manufacturing-automation firms should get some of those gross-margin dollars. For example,
Cognex

(CGNX), maker of 3-D vision systems that can run quality checks, fell 10% the day the hack-story broke. That was the wrong target. In fact, a suddenly nervous tech industry might call on Cognex to install its cameras all over the assembly line.

So, what to do with the FAANGs? This year, Facebook and Google have been treated more severely, largely because of their exposure to privacy and supply-chain issues. Does the market have it right?

Barron’s assigned a risk rating to each of the FAANG stocks, a qualitative indicator that tries to capture risk across a variety of measures, including trade, supply chain, valuation, privacy, and regulation.

Sure enough, Facebook and Google rank worst on our scale, with Netflix most insulated. Security will continue to weigh on the FAANGs, but tech isn’t dead.

Write to Al Root at allen.root@dowjones.com 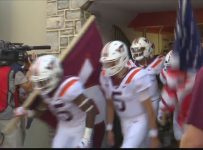 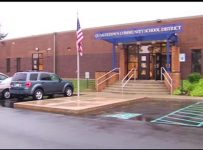