The late Madame Marie of Asbury Park would have tried to convince you that tarot cards and tea leaves provided a degree of insight into the future of all things, including the stock market. Personally, for the stock market I would suggest you use data related to the health of the economy instead.

While not perfectly correlated, the economy and the financial markets are intertwined, meaning the economy’s cyclic behavior will play a key role in determining a successful investment strategy.

Data regarding the economy’s health is not hard to obtain. We are continually bombarded with a prodigious stream of economic news, reports and statistics. The problem is to distill out the information that is salient to making profitable investment decisions.

Investors often utilize so-called “expert opinion” to capsulize economic information. However, it should come as no surprise that many experts could have a self-serving motive. While their credentials are often impeccable at first blush, they also understand where their employers’ profits are coming from.

Government economists are in a similar position. They are charged with advising an administration on economic matters. Should they then be faulted for defending the administration’s resulting economic programs and policies?

After all, it wasn’t too long ago that the consensus seemed to be that the current rally was headed for a bad end, sending markets back to lower numbers due to the coronavirus coming out of China.

Yet, the S&P 500 has done well up until recently. And you would think that to a great degree the voices of doom would have gone mute. To the contrary: Calls have continued as they sought refuge in the debacle brought about in part by groups such as r/wallstreetbets, also known as WSB.

Speculators, as opposed to investors, saw an opportunity to make themselves rich quickly for the market to claim new highs. There can only be one ending, despite some rooting for those that are causing consternation to major short sellers.

From an investment perspective, you are probably best advised to view most prognostications with a degree of skepticism, as you balance them against your personal judgment as to what the future portends. Always keep in mind the four key attributes of any financial or economic indicator: relevancy, timeliness, availability and stability.

For example, the most widely watched indicator for measuring inflation is the Consumer Price Index (CPI). Every month the Labor Department samples the prices of items that make up a representative basket of goods. A change in the prices of these goods will move the index up or down.

The consumer-price index rose 0.4% in December compared with November. From all of 2020, the index rose 1.4 percent. This is supporting evidence that the Fed will likely continue to hold to its stated position of keeping interest rates unchanged for the remainder of this year and possibly into 2022, as they have stated on at least two recent occasions.

Little discussed is that by maintaining public confidence that inflation will remain under control is a critical aspect to keeping prices contained.

So, what about the current unemployment level? Is there an effect? A paper by the San Francisco Federal Reserve concluded that the rate of unemployment is all but irrelevant to the trajectory of inflation.

That research could be important to the Fed’s thinking on interest rates. The paper’s researchers tested what would happen to inflation if the level of sustainable unemployment were 2 percentage points higher than currently thought, or if there were a lot less slack in the labor market than currently estimated.

The result was very little inflationary change. However, when the researchers modeled what would happen if inflation expectations were to rise, they found so too would actual inflation.

“Inflation dynamics today are primarily explained, not by economic slack, but by the public’s expectations that monetary policy will keep inflation close to the Federal Reserve’s target,” the researchers wrote. “Giving people a reason to doubt the central bank’s commitment to maintaining inflation near target is clearly costly.”

You can write to Lauren Rudd at [email protected] or call him at 941-706-3449. For back columns go to RuddInternational.com. 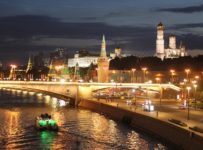 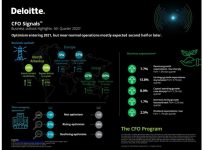