Culture secretary denies allegations the UK rejected a ‘no visa’ offer for British musicians touring European countries, saying “it was the EU letting down music on both sides of the Channel – not us”.

Culture secretary Oliver Dowden has denied widespread allegations that the UK rejected an EU offer for visa-free tours for musicians, saying, “it was the EU letting down music on both sides of the Channel – not us”.

“Some reports have suggested we turned down a bespoke arrangement from the EU to allow musicians to work and perform across the bloc,” the government minister told music publication NME. “In reality, it was the other way around.”

On Saturday, a claim leaked by an unnamed EU source to newspaper The Independent alleged that during Brexit negotiations, the UK had rejected a proposal that would have enabled musicians to travel without extra visas or permits.

In the government’s post-Brexit trade deal, some professionals needing to travel on business have been exempted from applying for a visa.

Musicians are not included in the list, meaning they are no longer guaranteed visa-free travel and may need additional work permits to play in some EU member states.

In the culture secretary’s statement, he labelled the outcome “regrettable” but, as pressure mounts for the government to resolve the situation, “it doesn’t have to be final”.

“Our door is still open, should the EU change its mind,” he said, adding that he hoped “both sides can agree to do the right thing for our talented artists”.

According to research from the Association of British Orchestras (ABO), British musicians will be able to perform in EU countries for up to 90 days within a 180-day period. However, they may need a work permit to do so, rules for which are set by each member state, as well as additional carnets for equipment and instruments. This will have huge implications for UK musicians, as a recent report found that 78 percent of musicians visit EU or EEA countries at least once a year to perform.

According to the ABO, there will also be new limits on road haulage which will “make the standard touring model of moving musical instruments by truck from the UK to venues in multiple countries impossible”.

“The UK’s orchestras will need to look at hiring in European road haulage operators at additional expense,” the ABO added.

When challenged on the issue of visa-free touring for musicians in yesterday’s committee, Prime Minister Boris Johnson said the claims in The Independent were “not true” and referred back to the allowance of three months within a six-month period.

“We wanted to have reciprocal rights for musicians to tour […] but what we have is the right for UK musicians to go and play in other European countries for 90 out of 180 days.”

Composer and cross-bench member of the House of Lords, Michael Berkeley, countered the PM’s remarks on Twitter, saying: “I am afraid the PM is clearly confusing a tourist visa with a work visa. The minute someone is paid they no longer qualify for a tourist visa which is why musicians are up in arms and why the Government needs to sort this out ‘Presto’.”

A petition launched in December calling for a free cultural work permit, that would give musicians visa-free travel throughout all EU member states, has reached more than 250,000 signatures and will be considered by Parliament for a debate. High-profile pop musicians including Laura Marling and Dua Lipa have signed the petition.

I am afraid the PM is clearly confusing a tourist visa with a work visa. The minute someone is paid they no longer qualify for a tourist visa which is why musicians are up in arms and why the Government needs to sort this out ‘Presto’ https://t.co/qM2oNbxIpR

In his statement, Oliver Dowden confirmed the government “consulted extensively” with the music sector and said: “We listened to the experts in British music, including bodies like UK Music and the Musicians’ Union, and reflected their views in our proposal to the EU.

“We sought a mutually beneficial agreement that would have allowed performers to continue working and perform across the continent without the need for work permits. Musicians, artists, entertainers and support staff would have been captured through the list of permitted activities for short-term business visitors. This was a straightforward solution for our creative industries which would have benefited all sides.

“But the EU turned it down, repeatedly. It did not propose and wouldn’t accept a tailored deal for musicians and artists. I’m afraid it was the EU letting down music on both sides of the Channel – not us.”

At the time of the claims in The Independent, music industry heads expressed shock at the situation. The Incorporated Society of Musicians’ head, Deborah Annetts, said she was “horrified” by the revelation. “The music sector feels deeply let down by the government and we want to get to the bottom of what happened,” she said.

“All the way through 2020, we were given assurances that the government understood how important frictionless travel is for the performing arts.”

The Musicians’ Union has since called for new negotiations to resolve the situation. “Negotiators on both sides should continue to acknowledge the importance of cultural life and its huge social and economic value by finding an acceptable solution,” said general secretary Horace Trubridge.

In his statement, the culture secretary also sought to clarify reports that EU musicians will need a visa to perform in the UK. “For now, the UK remains open for musicians to tour here, as it has always been. Artists, musicians, and entertainers from the EU don’t need a visa to give performances,” he said.

“Some EU member states, such as France, already allow musicians from outside the EU to perform in their countries with minimal bureaucracy and those rules will apply to UK musicians as well.

“We know just how vital the music business is to British life and we’re doing everything we can to support it through the worst crisis we’ve had in any of our lifetimes.”

The EU has since responded to the UK government’s claim that they rejected a visa-free Brexit deal, saying: “The UK refused to include a chapter on mobility in the Agreement. These choices inevitably mean that travel between the EU and the UK – including for business purposes – will no longer be as easy as it was while the UK was a Member State.” 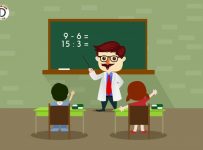 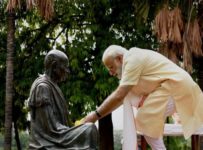 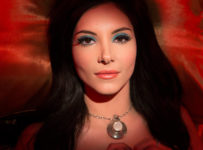