Black leaders guiding Dallas’ top business groups during a summer of racial justice unrest here and across the country.

A philanthropic-minded leader working on North Texas’ most pressing pandemic problem, and one seeding the future for life after a vaccine.

Those are a few of the movers and shakers that The Dallas Morning News’ veteran business columnist Cheryl Hall introduced to readers in 2020.

Her stories capture the resilience of Dallas-Fort Worth business leaders as she peels back the veneer to unlock the perseverance and optimism behind their success. Here are nine of the people who made up Cheryl’s Dallas this year.

When the Kansas City Chiefs knocked off the San Francisco 49ers in Super Bowl LIV and captured the franchise’s second NFL title, it ended a 50-year wait for Dallas billionaire Clark Hunt and his family. The 54-year-old runs the Hunt family’s $3 billion sports empire, including the football team his father Lamar founded as the Dallas Texans in 1960 before moving it to Kansas City three years later. » Read the full story.

Ken Hersh is strategic, opportunistic, persistent and, yes, lucky. It’s a winning combination that has made the 57-year-old co-founder of NGP Energy Capital Management a “near billionaire.” In college, he wrote a cold-call letter to legendary Fort Worth investor Richard Rainwater asking for a summer job. That led to pioneering the now-pervasive private equity ownership in the energy industry. In 2016, he read about esports in a trade weekly. He’s now the largest single shareholder of Dallas-based Team Envy. These days, his day job is philanthropy, as chair of Hersh Family Investments and as president and CEO of the George W. Bush Presidential Center. » Read the full story.

Vanessa Ogle: Never count her out

Vanessa Ogle built the backbone technology for in-room entertainment, high-speed internet and touchless controls at nearly 2,000 hotel properties, including Hiltons, Marriotts and Intercontinentals. Then COVID-19 shut down the hotel industry, personally touched her family and sent her homegrown company, Enseo Inc., reeling. Among the workers the 49-year-old Latina let go were her brother and sister. This was the third time Ogle was seemingly down for the count, only to rise from the mat for another round. » Read the full story.

Reality smacked Trisha Cunningham in the face on April 2 as the 55-year-old CEO of the North Texas Food Bank surveyed an endless line of cars at Fair Park waiting for free boxes of food. The pandemic had just taken hold, and she was shocked by the turnout. For three hours, Cunningham, her husband and about 30 food bank employees and volunteers loaded thousands of boxes of groceries into the trunks and beds of vehicles driven by people of every demographic. As she reminded drivers not to roll down their windows, they mouthed “thank you” over and over again. » Read the full story.

Less than a year ago, Anne Chow was promoted to CEO of AT&T Business, the telecommunications giant’s $37 billion unit that provides services to nearly 3 million business customers, including nearly all of the world’s Fortune 1000 companies. The 54-year-old daughter of Taiwanese immigrants is the first woman to hold this position and the first woman of color to be named CEO at any AT&T company in its 144-year history. She’s also the corporation’s highest-ranking Asian American. For most mortals, that would be enough precedent to absorb for a while. But then, Chow isn’t like most mortals. » Read the full story.

Fred Perpall and John Olajide start each workday with a 7:30 call to plot strategy. The chairs of the Dallas Citizens Council and the Dallas Regional Chamber want to make sure their organizations are doing everything possible to fight the dual pandemics of coronavirus and racial injustice. The duo established this daily routine shortly after COVID-19 set in and have continued it for months, even when Perpall was on vacation with his family in his native Bahamas. Perpall, the 45-year-old CEO of the Beck Group, is finishing out his two-year term as the Citizen Council chair. Olajide, the 39-year-old CEO of Dallas-based Axxess Technology Solutions Inc., is eight months into his one-year term as chair of the Regional Chamber. It’s the first time in history that Dallas’ two most influential business organizations are being led by Black men. » Read the full story.

When Fred Ortiz went to an October game at Globe Life Field in Arlington, the highlight wasn’t watching the Los Angeles Dodgers and Atlanta Braves square off in the first game of the National League Championship series. The 53-year-old principal at HKS Inc. spent four years as lead designer of the $1.2 billion, 40,300-seat stadium built for the Texas Rangers organization, and it was his first opportunity to see living, breathing baseball fans actually sitting in some of those seats. It was also a moment for this first-generation Mexican American to reflect on his blessings, having grown up in a federal housing project in El Paso and becoming the first of his extended family to go to a U.S. college. » Read the full story.

“Every park needs a Nancy Best” is how one supporter of Dallas’ Klyde Warren Park describes the woman who, with her husband Randy, is picking up the $10 million tab to install an interactive “super fountain” at the downtown deck park. The fountain will bear her name and is expected to be completed by the time the holidays roll around next year. » Read the full story.

Abby Johnson is one of the richest, most powerful people in the world of finance. Yet most people know little about her. The chairwoman, president, CEO and reportedly the largest individual shareholder of Fidelity Investments — her family’s business — gives an occasional speech, spends a lot of time at events for clients and is in regular contact with her legion of employees. Fidelity has 6,000 employees in Dallas-Fort Worth, primarily at its sprawling customer contact campus in Westlake — the company’s largest employee population in the U.S. But when it comes to talking about herself, she generally doesn’t. » Read the full story. 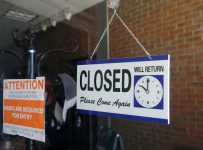 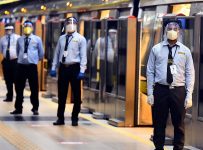 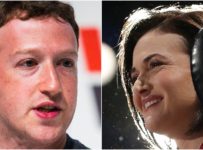