If all else fails, democracy takes to the street. The street is its last resort. At present, each weekend we see the people of Belarus marching to demand the resignation of their president, Alexander Lukashenko. We see protesters in Thailand are jamming Bangkok to reform their monarchy. Nigerians are rioting in Lagos, Brazilians in São Paulo.

Something about street protest is catching. The past year has seen public violence in Hong Kong, Venezuela, France and Turkey. In the US we are told to expect riots if Trump loses next week’s election. Coronavirus disturbances have begun this week in Italy and are expected elsewhere. Governments are losing their grip. Crowds gather, banners unfurl, defiance is chanted. We have seen nothing like it since the Arab spring, now approaching its 10th anniversary.

Nothing in these demonstrations is remotely effective. At the time of the Arab spring’s “social media revolution” it was trumpeted that numbers amassed through social media and promoted by real-time publicity would make such protests devastating. Observers turned to the pundits, to Elias Canetti on the politics of crowds and Barbara Ehrenreich on the exhilaration of dancing in the streets. This was the new politics of collective action, a cathartic uplift of sympathy and public righteousness. London’s ban-the-bomb and anti-war rallies were recalled. No one registered that these were little more than festivals of protest rather than serious political campaigns. All failed.

We admired the solitary protesters of China’s Tiananmen and Turkey’s Taksim squares, largely because they were photogenic. Likewise, we were persuaded that virtue would triumph in Bashar al-Assad’s Syria, in Nicolás Maduro’s Venezuela and now in Lukashenko’s Belarus. We did not stop to ask whether our distant encouragement helped or hindered their cause. In Hong Kong, Britain allowed demonstrators to think it had some leverage on Beijing that might enable them to win. It did not. They are now facing prison. In Syria, we encouraged the rebels to think we might come to their aid. We did not and they suffered appallingly. We might now ask who gains from the current demonstrations in Philadelphia, which are being seized on as manna from heaven by Donald Trump.

One thing matters in political protest: how will the powerful respond? There is no value in mere numbers, in “raising awareness”, in column inches or high-profile heroes. In this respect an opinion poll is more potent over the powers that be than street protest. If government refuses to give way and can deploy ever more effective policing to sustain itself, demonstrations are just street parties.

The apparent success of uprisings across eastern Europe in 1989 is often cited as street politics in action. The Soviet collapse was nothing to do with the streets but with the collapse of a will to govern by local regimes following decisions taken by Mikhail Gorbachev in Moscow. Power evaporated overnight. Equally, Lukashenko can bash heads in Minsk streets as long as Vladimir Putin is behind him. If there is one thing that will keep Putin supporting Lukashenko it is fear of him capitulating to protest.

I remember attending an anti-Milosevic rally in Belgrade during the Kosovo war. It was unimpressive since Slobodan Milosevic was still popular, but a Serbian observer remarked that the rally was pointless. All that mattered was Moscow. When it suited Moscow for Milosevic to get out of Kosovo he would do so – everything else was country dancing. So indeed it turned out.

Defaulting to mass protest has always seemed the safety valve of democracy and no one likes to call its bluff. The urban mob has certainly played its role in history, in my view much underrated by historians. In London, it was crucial in the English civil war and in the reform crises of 1832 and 1867. Before the advent of democracy – and tear gas and water cannon – it undoubtedly frightened politicians. During the poll tax protests, demonstrators undoubtedly played a part in Margaret Thatcher’s downfall.

The reality is that political reform under any regime comes from within a particular power structure, not from outside, except when faced with naked military aggression. This applied to all the profound transformations of modern times, in Russia, China and South Africa. That is why those now concerned with the shaky condition of democracy should reform its rotten institutions, its parliaments, courts and councils, join political parties and stand for elections – however boring it might seem.

I may regard street protest as often ineffective, but that is not to deny its liberty. It remains democracy’s ultimate freedom. The pandemic has been seized upon by governments round the world as an excuse to curb the freedom to associate and amass an armoury of surveillance, intrusion and citizen control. We are told this is for our own good. Autocrats always say that. What about when the only good they seek is their own?

• Simon Jenkins is a Guardian columnist 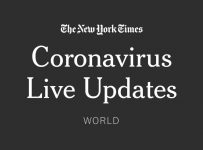