When Allen Sanders turns on the lights at the Montgomery Performing Arts Centre, the sight of an empty stage and seats weighs on him.

No cheering fans. No sound checks. No staff.

“We were the first people to be shut down. We’ll be the last ones to start up,” Sanders said. “That’s just the way it is.”

With safety on the line from the ongoing coronavirus pandemic, you can’t restart an active arts and entertainment scene like flipping on a light switch. Even with Gov. Kay Ivey’s announcement allowing large entertainment venues and athletic activities to open as of May 22, the changes won’t be instant in Montgomery.

“We have a number of things that are in the cue, but of course we won’t be able to move forward on any of those at this point until we get word from the mayor,” said Ken Reynolds of the Montgomery’s Special Events Department.

The grand entrance at the SLE Rodeo matinee at Garrett Coliseum in Montgomery, Ala. on Saturday afternoon March 17, 2018. (Photo: Mickey Welsh / Advertiser)

Community theater productions across the River Region are also in limbo, including those at the nationally recognized Alabama Shakespeare Festival. Even if the virus dangers clear by summer, there wouldn’t be time for ASF to get projects running soon.

“It takes six months to a year to put together the caliber of productions we make at ASF,” said Rick Dildine, ASF’s artistic director.

The wait for a chance at a jackpot ends June 8, when Wind Creek facilities open their three Alabama facilities back to the public.

“We are eager to get reopened, and it’s been a daily process to look at what’s going on,” said Jay Dorris, president and CEO of Wind Creek Hospitality, which operates electronic bingo facilities locally in Montgomery and Wetumpka.

Many restaurants and bars across the River Region have been gradually opening with live musicians. Sanders, who is also a local musician, said there’s no simple way to bring live shows back.

“You can’t just push the easy button,” he said.

Creating theater productions with social distancing and enough audience members to make them viable is an enormous challenge.

“You can’t do a big show, and have 25 people in the house,” said Todd Schmidt, ASF’s executive director.

All ASF planned productions since March have been canceled.

“This has had a terrible effect on artists,” Dildine said. “Artists work as freelance, for the most part, gig to gig. Many of these artists plan years in advance.”

When theater returns, it will face new rules and responsibilities.

“Even before we officially had to close performances, we were doing more disinfecting, more wiping down of hand rails, door nobs, arm rests, all of that,”  Schmidt said. “I anticipate all of that continuing.”

One strong possibility for some productions is the outdoor amphitheater in the ASF’s Shakespeare Garden.

“It’s a beautiful venue, and it’s the one thing at ASF that’s still open, too,” Dildine said.

Since restrictions started, ASF has evolved with virtual performances and resources with Play On! It features many familiar faces among the actors, and original works from Southern playwrights.

“The response has been very, very positive,” said Dildine.

Garrett had to cancel some major events due to the virus. The next thing on its list is the Alabama National Fair on October 9-18, which Randy Stephenson, general manager for the fair, said is still planned. He said they’ll have time to see what works at other events.

“There are fairs that will start opening up this summer across the country,” said  Stephenson. “At least we’ll have some models of things to look at.”

“We’re going to have a rule that you have to keep two games (unused) between each active game,” Dorris said. Also, barriers are also going to be installed.

The entertainment center at Wind Creek Wetumpka, which has served as a concert hall for major touring acts, has been converted into additional gaming space, Dorris said.

“The key for us is to spread the games out so our guests can spread out,” Dorris said.

Sanders is optimistic MPAC could have shows this fall, and said they’re continuing to book new shows into 2021. The theater has been open since 2008.

“Since COVID-19 has happened, we have moved approximately 80 events,” Sanders said.

“Music gets your heart racing,” Sanders said. “Your soul is bursting with life. I don’t know when we’re going to be able to do it again, but we will do it again, because we have to.”

Montgomery has many venues with extra ways to enjoy them, even though they’re not officially open. 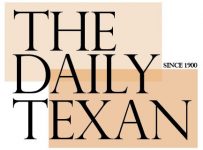