Looking up at the night sky has captivated people since ancient times, with glowing and sometimes unexplained phenomena lighting up the heavens. Celestial, planetary or other phenomena that take place only sometimes and that occur high above our heads captivate, entertain and bring a certain joy to our curious minds. From meteor showers to eclipses, here are the most exciting skywatching events to look forward to in the new year.

The new year will start out with some shooting stars, and (hopefully) some chances to wish upon them. The Quadrantids meteor shower, one of the best annual meteor showers, will peak on the evening of Jan. 2 through the early morning hours of Jan. 3, according to NASA’s Jet Propulsion Laboratory. Though light from the moon (which will be about 84% full at the time) may make the skies too bright to see most of the meteors, some more spectacular ones may be visible, according to Earthsky. You will have better luck at seeing them if you’re in the Northern Hemisphere. And compared with other meteor showers, the Quadrantids’ peak is very short, only lasting a few hours on Jan. 3 at 9:30 a.m. EST (14:30 UTC), according to the International Meteor Organization. That would mean that western North America would have a good view of the meteor shower before dawn on Jan. 3, according to Earthsky.

The Lyrids meteor shower is one of the oldest known; the first sighting of the shower dates back to 687 B.C., according to NASA. This year, they will run from April 16 to April 25 and peak before dawn on April 22 after moonset, according to Earthsky. The Lyrids can bring up to 100 meteors per hour, but on average about 10 to 15 meteors per hour can be expected during the peak, according to Earthsky. The space debris that interact with the planet’s atmosphere to form the Lyrids comes from the comet C/1861 G1 Thatcher, according to NASA. These beautiful meteors tend to leave behind a glowing dust train that can be seen for several seconds.

This meteor shower will provide the best show for those in the Southern Hemisphere. The peak will be an hour or two before dawn on May 5, according to Earthsky. But this meteor shower has a “broad maximum,” meaning that you can probably catch a few meteors fly by a couple of days before and after the actual peak, according to Earthsky. These meteors originate from comet 1P/Halley, and they are known for their speed, according to NASA. Because they travel so fast, about 148,000 mph (238,183 km/h), they leave behind glowing “trains” or lit up bits of debris that can streak the skies for several seconds to minutes, according to NASA.

On June 10, you might be able to see an “annular solar eclipse,” which is also called a “ring of fire.” This eclipse occurs when the moon passes between the sun and the Earth but doesn’t completely cover the sun, creating a glowing ring (of fire) around the shadow. This particular annular eclipse will be visible only in northern Canada, Greenland and Russia, according to NASA. (Never look at the sun during a solar eclipse; looking at the sun is dangerous, according to NASA.)

Here’s how to make a solar eclipse viewer so you can safely view the eclipse.

The Orionids, known for their brightness and speed, are “considered to be one of the most beautiful showers of the year,” according to NASA. These meteors, which  can travel about 148,000 mph (238,183 km/h), sometimes leave behind glowing “trains.” The meteors, which are thought to originate from the comet 1P/Halley are will be visible from both the Northern and Southern hemispheres after midnight, according to NASA. At its peak, viewers can see about 15 meteors per hour in a sky without a moon. But this year, a nearly full moon will likely make it difficult to see the shower, according to the Griffith Observatory. The Orionids will peak on the night of Oct. 20 to Oct. 21.

The Geminid meteor shower will occur from Dec. 4 to Dec. 20. The Geminids are “usually the strongest meteor shower of the year,” according to the International Meteor Organization. They will peak on the night of Dec. 13; they are best viewed at night and in pre-dawn hours and can be seen across the globe, according to NASA. The Geminid meteors tend to be bright, fast and appear yellow; in fact, they can travel about 79,000 mph (127,000 km/h). This meteor show is the “most reliable,” and about 120 meteors per hour can be seen in good conditions, according to NASA. 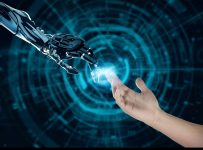 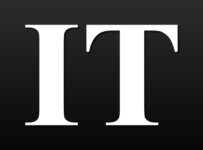