WASHINGTON — The Justice Department unveiled sweeping charges on Monday against the Chinese telecom firm Huawei and its chief financial officer, Meng Wanzhou, outlining a decade-long attempt by the company to steal trade secrets, obstruct a criminal investigation and evade economic sanctions on Iran.

The pair of indictments, which were partly unsealed on Monday, come amid a broad and aggressive campaign by the United States to try to thwart China’s biggest telecom equipment maker. Officials have long suspected Huawei of working to advance Beijing’s global ambitions and undermine America’s interests and have begun taking steps to curb its international presence.

The charges underscore Washington’s determination to prove that Huawei poses a national security threat and to convince other nations that it cannot be trusted to build their next generation of wireless networks, known as 5G. The indictments, based in part on the company’s internal emails, describe a plot to steal testing equipment from T-Mobile laboratories in Bellevue, Wash. They also cite internal memos, obtained from Ms. Meng, that prosecutors said link her to an elaborate bank fraud that helped Huawei profit by evading Iran sanctions.

The acting attorney general, Matthew G. Whitaker, flanked by the heads of several other cabinet agencies, said the United States would seek to have Ms. Meng extradited from Canada, where she was detained last year at the request of the United States.

The charges outlined Monday come at a sensitive diplomatic moment, as top officials from China are expected to arrive in Washington this week for two days of talks aimed at resolving a monthslong trade war between the world’s two largest economies. Trump administration officials have insisted that Ms. Meng’s detention will not affect the trade talks, but the timing of the indictment coming so close to in-person discussions is likely to further strain relations between the two countries.

Ms. Meng is the daughter of Huawei’s founder and one of the most powerful industrialists in the country. Her arrest has outraged the Chinese government, which has since arrested two Canadians, in apparent retaliation. The indictment now presents Canada with a politically charged decision: whether to extradite Ms. Meng to face the fraud charges, or make a legal or political determination to send her back to Beijing.

The indictment unsealed against Ms. Meng is similar to the charges leveled against the Huawei executive in filings made by federal prosecutors in connection with the bail hearing in Canada. It claimed that Huawei defrauded four large banks into clearing transactions with Iran in violation of international sanctions through a subsidiary called Skycom. Federal authorities did not identify the banks, but in an earlier court proceeding in Canada after Ms. Meng’s arrest, prosecutors had identified one of the banks as HSBC.

The most serious new allegation in the indictment, which could have bearing on the extradition proceeding in Canada, is the contention by federal prosecutors that Huawei sought to impede the investigation into the telecom company’s attempt to evade economic sanctions on Iran by destroying or concealing evidence.

The indictment said Huawei moved employees out of the United States so they could not be called as witnesses before a grand jury in Brooklyn. And authorities said the company destroyed evidence in order to hinder the inquiry.

Richard P. Donoghue, the United States attorney for the Eastern District of New York, said that the telecom firm’s actions began in 2007 and “allowed Iran to evade sanctions imposed by the United States and to allow Huawei to profit.”

Ms. Meng’s lawyer in the United States, Reid Weingarten, a leading white-collar lawyer at Steptoe & Johnson in Washington, did not immediately comment on the indictment.

The arrest of a top executive for sanctions evasion is unusual. In 2015, Deutsche Bank was fined $258 million for violating American sanctions on Iran and Syria. No executives involved in the scheme were indicted, though six employees were fired.

Ms. Meng is under house arrest at one of two residences that she owns in Vancouver. American officials said Monday that they will request her extradition before a deadline on Wednesday. The next stage of her case will be decided at the Supreme Court of British Columbia.

“Companies like Huawei pose a dual threat to both our economic and national security,” said Christopher A. Wray, the F.B.I. director, who joined Mr. Whitaker and two other cabinet members, Wilbur Ross, the commerce secretary, and Kirstjen Nielsen, the homeland security secretary.

Mr. Wray argued that “the magnitude of these charges make clear just how seriously the F.B.I. takes this threat.”

“Today should serve as a warning that we will not tolerate businesses that violate our laws, obstruct justice or jeopardize national and economic well-being,” he added.

Parts of the indictment were redacted and left open the question of whether the United States had secretly indicted Ms. Meng’s father, Ren Zhengfei, a former People’s Liberation Army officer and member of the Communist Party. A United States government interview with Mr. Ren from 2007 is cited in one of the indictments, to make the case that he misled investigators, and the name of at least one of those indicted is blacked out from the publicly filed version of the indictment.

Mr. Whitaker fueled the speculation about an indictment of Mr. Ren when he told reporters on Monday that the criminal activity “goes all the way to the top of the company.”

The Justice Department also accused Huawei of conspiring to steal trade secrets from a competitor, T-Mobile. The charges relate to a criminal investigation that stemmed from a 2014 civil suit between the two companies.

In that case, T-Mobile accused Huawei of stealing proprietary robotics technology that the telecom company used to diagnose quality-control issues in cellphones. Huawei was found guilty in May 2017. The indictment cited internal emails from Huawei and its American subsidiary that appeared to set up a bonus system for employees who could illicitly obtain the T-Mobile testing system.

“These are very serious actions by a company that appears to be using corporate espionage not only to enhance their bottom line but to compete in the world economy,” Mr. Whitaker said.

The legal drama now shifts to Canada, where the government has warned that it will not extradite Ms. Meng if it appears that the request is being made for political reasons. President Trump said after her arrest that he would consider using her case for leverage in the upcoming trade negotiations, which fueled speculation that the United States may be more interested in Ms. Meng’s value in winning trade concessions than in obtaining a conviction.

Canada’s ambassador to Beijing was fired over the weekend by Prime Minister Justin Trudeau for suggesting that the case against Ms. Meng was political and that Canada might accede to Chinese demands and return her home.

Mr. Whitaker declined to say Monday whether the White House would interfere in the criminal case against Ms. Meng. But the array of officials present at the announcement was clearly intended to demonstrate a coordinated government effort to go after Huawei.

“Given the seriousness of these charges, and the direct involvement of cabinet officials in their rollout, today’s announcements underscore that there is a unified full-court press by the administration to hold China accountable for the theft of proprietary U.S. technology and violations of U.S. export control and sanctions laws,” said David Laufman, the former chief of the Justice Department’s counterintelligence and export control section.

The indictments could further complicate the trade talks that the administration is holding this week with Beijing. The Trump administration is seeking significant changes to China’s trade practices, including what it says is a pattern of Beijing pressuring American companies to hand over valuable technology and outright theft of intellectual property.

“The Americans are not going to surrender global technological supremacy without a fight, and the indictment of Huawei is the opening shot in that struggle,” said Michael Pillsbury, a China scholar at the Hudson Institute who advises the Trump administration.

Lawmakers like Senator Mark Warner, Democrat of Virginia, who have long argued for action to be taken against Chinese technology providers including Huawei and ZTE, a smaller firm that has faced similar accusations, called the indictment “a reminder that we need to take seriously the risks of doing business with companies like Huawei and allowing them access to our markets.”

Mr. Warner said that he would continue to press Canada to reconsider using any Huawei technology as it upgrades its telecommunications network.

On Tuesday, American intelligence officials are expected to cite 5G investments by Chinese telecom companies, including Huawei, as a worldwide threat. And the United States has been drafting an executive order, expected in the coming weeks, that would effectively ban American companies from using Chinese-origin equipment in critical telecommunications networks. 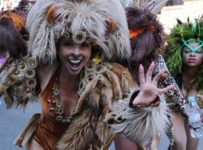 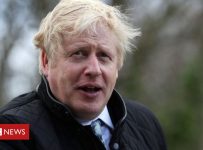 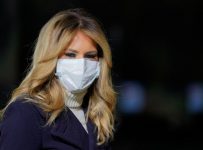