A series of stronger-than-expected blue-chip earnings Tuesday, including Dow components UnitedHealth Group (UNH) and Goldman Sachs (GS) , boosted U.S. markets yesterday and ignited the strongest rally since later March as investors re-set expectations for the third quarter earnings season, which is set to add a more than $400 billion to the collective bottom line of S&P 500 listed companies.

Tech stocks, which rose more than 2% in the Tuesday rally, were given added fuel from a stronger-than-expected earnings report from Netflix (NFLX) after the close of trading, with the online streaming service adding nearly 7 million new subscribers and topping Wall Street estimates with an 89 cents per share bottom line that sent the stock surging more than 14% in after-hours trading.

Asia stocks reacted in kind, with Japan’s Nikkei 225 rising 1.3% to close at a one-week high of 22,841.12 points while the broader MSCI Asia ex-Japan index was marked 0.56% higher into the final hours of trading, with gains supported by a late-session rebound in China, where the Shanghai Composite added 0.6% to close at 2,561.65 points.

Early indications from U.S. equity futures suggest another solid start for Wall Street Wednesday, although with fewer top-line companies reporting, momentum could fade before the opening bell. That said, contracts tied to the Dow Jones Industrial Average indicate a 32 point advance while those linked to the S&P 500 suggest a 9 point bump for the broader benchmark. Nasdaq Composite futures indicate a 68 point gain for the tech-focused benchmark, thanks in part to the anticipated gains from Netflix.

Europe stocks were solid at the open, as well, with the Stoxx 600 rising 0.25% thanks to a series of solid regional earnings, including publisher Pearson plc (PSO) , chipmaker ASML NV (ASML) and Dutch paint maker Akzo Nobel NV (AKZOY) .

The U.S. earnings strength, coupled with solid industrial output and jobs data, suggests the bullish underpinning to the world’s biggest economy has enough momentum to last until at least the end of this year, even as global fund managers begin to question the resilience of markets in other parts of the world.

Investment managers are the most pessimistic on world economic growth since the financial crisis, according to Bank of America Merrill Lynch’s benchmark monthly survey, which polled 231 investment managers who run more than $646 billion worth of assets.

A record 85% of the survey respondents said the global economy is in the later stages of its growth cycle, a figure that is some 11 percentage points higher than the previous high of December 2007. When asked how the global economy will develop over the next year, a net 38% said they expect a slowdown, and that’s the worst outlook on global growth since November 2008.

The growth concerns have fund managers trimming expectations for corporate profits, as well, with a net 20% of respondents seeing a slowdown for next year. In fact, a net 35% don’t expect corporate profits to rise more than 10% next year, compared to the same amount that were predicting 2019 improvement when polled in February.

Yesterday’s earnings slate, however, added strength to the U.S. dollar index, which tracks the greenback against a basket of six global currencies, lifting it 0.1% to 95.12 as benchmark 10-year U.S. Treasury yields edged 1 basis point half a basis point lower to 3.163%.

Global oil prices were also active, rising for the fourth consecutive session, on the back of both the bullish U.S. market sentiment and data showing domestic crude and gasoline stocks fell by 2.1 million and 3.4 million barrels respectively last week, adding to supply concerns linked to the current tensions in Saudi Arabia following the disappearance of prominent journalist Jamal Khashoggi. 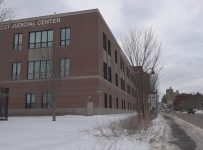 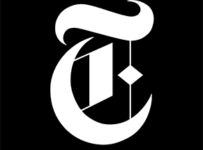 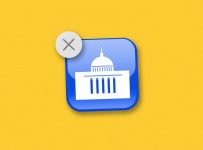