One year into his tenure as Uber CEO, Dara Khosrowshahi has committed to making safety a priority for the ridesharing company, using his anniversary milestone on Wednesday to announce a host of new safety features to help protect drivers and passengers.

Among these new in-app features are crash detection, using GPS to identify an accident in real-time, and “Ride Check,” a feature that allows Uber to contact riders and drivers via a notification if a vehicle has been stopped for a long period of time, offering the option of an emergency button.

The company also announced a few new privacy features for riders including address anonymization which will hide a rider’s exact pick-up and drop-off addresses from a driver’s trip record and a two factor authentication setting option.

Following the announcement, Khosrowshahi sat down with ABC News’ chief business, technology and economics correspondent, Rebecca Jarvis, for a wide-ranging interview to discuss these new features as well as the company’s culture, future IPO, flying and autonomous Ubers, plus the responsibility of technology companies and data protection.

Khosrowshahi says that the 9-year-old company is finally in a place to make safety a priority.

“This is a young company and the focus for us has been in building the base service and expanding on a worldwide basis. Now we get to focus on the details that are more personal and we think, what’s more personal than safety and we ultimately think that we can set the standard for safety in the transportation industry.”

And he isn’t just talking about cars. Uber recently teamed up with Lime to add electric scooters to its app and purchased the company JUMP Bikes to offer electric bikes, currently available in San Francisco.

Khosrowshahi tells Jarvis that the company is also working on technology to connect users with subway systems to alert them if an Uber isn’t the most efficient mode of transportation.

“We want to be your one stop shop for transportation or delivery…so that if you want to go from point A to B in any city…you come to Uber and we’ll tell you, you know, maybe you should take a subway on this ride instead of taking an Uber.”

Khosrowshahi says that he is thinking long term when it comes to these decisions.

“Even if it costs us in the short term, long term if we serve the consumer we’re going to be the platform that you keep coming back to again and again and again.”

And while the company is struggling to make a profit, reporting a loss of $891 million in the second-quarter of 2018, it’s still a 16 percent improvement from the previous year.

The new CEO took over the company amid controversy. Former CEO Travis Kalanick resigned after allegations of a corporate culture overrun with sexual harassment, discrimination, and bullying resulting in numerous lawsuits, and an internal investigation. Khosrowshahi, who left his job as CEO of Expedia, says that upon joining Uber he set out to “redefine the culture of the company,” creating new cultural norms by crowd-sourcing ideas from the employees.

“We celebrate differences, we do the right thing as a company. That’s just the first step. These are incredibly important standards of how we want to behave. We have made improvements but the work on culture never ends. It’s only been a year and I believe that we have further to go. But as a company we want to do the right thing and we’re improving every day,” he said.

The biggest company cultural change thus far is the idea of “do the right thing”, which he says is about responsibility to be a leader in the transportation space not just focusing on growth but also on transparency and partnership, according to Khosrowshahi.

“It’s a $6 trillion dollar transportation pie and there can be a lot of winners and we can be the leader. But it doesn’t mean that our winning has to come at the cost of others. We can win as a team and we can win with a lot of other players and that means dialogue and it means transparency. And I think we’re absolutely taking the right directions there,” he said.

Another part of the transportation industry that Uber is looking to dominate is air travel. With Uber Elevate the company hopes to offer on-demand air travel called uberAIR by 2023. Earlier this year, the company announced Dallas and Los Angeles as its first two launch cities and said they are looking for a third in an international market.

Khosrowshahi says that people can expect flying Ubers “within five to 10 years” and insists it won’t be an “elite product.”

“We want to commercialize it [uberAIR] for the masses…Uber is about availability for everyone and affordability for everyone. That’s our focus and within five to 10 years I think we’re going to get there…autonomous cars and hopefully then autonomous flying cars as well.”

But while people may have to wait a few years for flying cars, something they can expect a bit sooner is Uber’s IPO. Khosrowshahi tells Jarvis that by this time next year, Uber will either be a public company or “awfully close.”

On the IPO he says that “Everything’s on track. There are a ton of people working on on the process. It’s a stepping stone for us but it’s an important stepping stone. I’m certainly going to be focused on that process.”

Khosrowshahi also commented on the importance of technology companies to protect users’ data and information.

“I think that a lot of technology companies, including ours, took the view, and it might have been not the right view, of ‘hey we’re building platforms and ultimately what users do with those platforms is up to those users’. Our platform is transportation and we could have said ‘well safety is not our job’ but we’re actually saying ‘no safety is our job’. We have to make sure that our content, the riders and drivers on our platform, are acting in a safe manner, in the same way a Facebook, a Twitter, Google etc increasingly have to take responsibility for safety and the content on their platform.”

“I think what regulators should demand is show me the action,” he added. 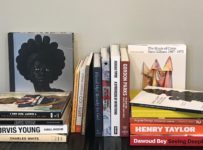 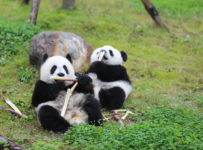 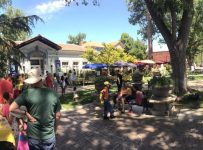