A SYDNEY university is standing by controversial phone giant Huawei as one of the founding partners in a new $100 million project, despite a string of other colleges across the world cutting ties with the Chinese company.

In the US, Stanford University has ditched its links with Huawei and the University of California, Berkeley banned joint research projects after charges were laid by the US Justice Department over allegations of stealing trade secrets.

The bans come hot on the heels of Oxford University in the UK suspending all new research grants and donations from Huawei.

But the University of NSW on Sunday stood by the company, which has been banned from providing Australia’s 5G network and stands accused of being an arm of Chinese intelligence.

A spokeswoman said the university had partnerships “with many companies, including Huawei”.

“One of the research relationships with Huawei is part of the Australian Government’s Australian Research Council Linkage Scheme,” the spokeswoman said.

“Prior to commencing any partnership, the university takes appropriate due diligence and complies with all export control and other regulatory requirements.”

The university would not answer whether they had received advice from ASIO on limiting exposure to the tech company, which has been subject to previous intelligence warnings.

The UNSW is already under fire for working with the Chinese Government to build the five hectare “Torch Precinct” at Kensington – the first ever to be built outside the communist state.

Eight Chinese companies provided an initial $30 million to get the Torch project underway.

When fully operating it will be an Australian research and development base for up to 10 Chinese companies.

“UNSW will find that Huawei is an albatross around its neck,” he said.

“Smart universities are cutting themselves free.

“UNSW would be well advised to do the same.

“Torch’s technology park at UNSW is a major step forward in the commandeering of Australia’s research resources to suit China’s needs.”

Australian Strategic Policy Institute researcher Alex Joske said the Chinese Communist Party had been building its influence over local universities for a number of years.

“The Chinese Communist Party uses its funding of institutions and research projects to build leverage and encourage self-censorship to avoid losing that funding,” he said.

“Through United Front groups for scientists and talent recruitment programs, it encourages them to transfer technology and expertise to China and promote research collaboration that serves China’s strategic interests.” 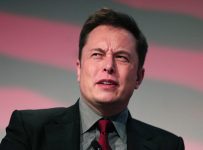