GOVERNMENT SHUTDOWN Shutdown solution seems unlikely before Dems take House WASHINGTON (AP) — It’s looking increasingly as if the partial government shutdown will be handed off to a divided government to solve. This, as agreement…

WASHINGTON (AP) — It’s looking increasingly as if the partial government shutdown will be handed off to a divided government to solve. This, as agreement eludes Washington in the waning days of the Republican monopoly on power.

Now nearly a week old, the impasse is idling hundreds of thousands of federal workers and beginning to pinch citizens who count on varied public services.

For example, the government says it won’t issue new federal flood insurance policies or renew expiring ones until the budget for them is restored.

Congress is closing out the week without a resolution in sight over the issue holding up an agreement — Trump’s demand for money to build a border wall with Mexico and Democrats’ refusal to give him what he wants.

LITTLETON, Colo. (AP) — Republicans are holding onto a steady share of the Latino vote in the Trump era. That’s defying predictions from Democrats and some pundits.

The president has targeted immigrants from Latin America in rhetoric and policy. Some predicted a Latino backlash, but it hasn’t happened.

An analysis of AP VoteCast survey data shows that 32 percent of Latinos in the past election voted for Republicans. That tracks the share of Latinos who have supported the party for the last decade. Evangelicals and veterans are the Latinos most likely to side with Republicans.

Though the GOP hasn’t lost ground with Latinos it certainly hasn’t gained any. About six in 10 Latinos regularly vote Democratic. As the Latino electorate continues to grow that lopsided ratio still creates great risks for the GOP.

The Latest: Kurdish official says Syria has not taken Manbij

BEIRUT (AP) — A senior Syrian Kurdish official says Syrian government troops have arrived at the front lines of the flash-point town of Manbij but have not taken over the city, and U.S. troops based outside it have not withdrawn.

Ilham Ahmed said an agreement was being worked out with the Russians and the Syrian government that in case of a full U.S. withdrawal, government troops would take over.

The Syrian government has announced it has seized control of the town.

“The aim is to ward off a Turkish offensive,” Ahmed said. “If the Turks’ excuse is the (Kurdish militia), so they leave their posts to the government.”

Ahmed said the Kurdish militiaremain inside the city.

In Iowa, Democrats see 2020 as head vs. heart moment

DES MOINES, Iowa (AP) — Barack Obama’s earliest supporters in Iowa are setting aside the romance of his surprise 2008 caucus victory and focusing on who can seize the presidency from Donald Trump.

In Iowa, where Democrats look back wistfully on his Cinderella rise, uniform antipathy for Trump and the divisive 2016 Democratic caucuses between Hillary Clinton and Bernie Sanders have party activists thinking more with their heads than their hearts at the onset of the 2020 campaign.

Some say it’s foolish to try to recreate the Obama phenomenon. Cedar Rapids Obama organizer Dale Todd says such an effort would be “false.”

As many as two dozen Democrats may be vying for support in the caucuses, scheduled for February 2020, a little more than 13 months away.

GUATEMALA CITY (AP) — New Mexico authorities say an autopsy performed on the 8-year-old Guatemalan boy who died in U.S. custody shows he had the flu.

The New Mexico Office of the Medical Investigator says in a statement late Thursday that more tests need to be done before a cause of death can be determined for Felipe Gomez Alonzo.

Authorities say Felipe Gomez Alonzo died at a New Mexico hospital after suffering coughing, vomiting and a fever. Another Guatemalan child, 7-year-old Jakelin Caal, died in U.S. custody on Dec. 8. Both deaths are under investigation.

Franklin attorney: $3 million in back taxes paid to IRS

DETROIT (AP) — An attorney says the late Queen of Soul’s estate has paid at least $3 million in back taxes to the IRS since Aretha Franklin’s death last August in Detroit.

David Bennett, who represents Franklin’s estate, told The Associated Press on Thursday that the estate is being audited by the IRS, which he says filed a claim this month in a county probate court north of Detroit.

TMZ reported earlier Thursday that legal documents it obtained showed the IRS claimed Franklin owes more than $6.3 million in back taxes from 2012 to 2018 and $1.5 million in penalties.

Bennett says all of Franklin’s returns have been filed. He adds that the IRS is questioning the filed returns and that Franklin’s estate is disputing what the IRS claims “was income.”

Franklin died of pancreatic cancer in August. She was 76.

NEW YORK (AP) — Police are closing rape investigations at the lowest rate in decades despite advancements in forensic testing.

That’s according to FBI data showing sexual assault is second only to robbery in the least solved categories of violent crime.

The declining clearance rate comes even as the #MeToo movement is empowering women to speak up about sexual assault.

Rape remains among the most underreported crimes with studies showing as few as one in three victims report to law enforcement.

Sexual assault is among the most difficult crimes to solve as the cases often lack witnesses and physical evidence.

But several experts say police have not dedicated sufficient resources to investigating rape.

Politicians from both sides of Iraq’s political divide are calling on parliament to vote to expel U.S. troops. Approximately 5,000 U.S. troops are stationed in Iraq as part of the coalition against the Islamic State group.

Foreign influence has become a hot-button issue in a year that saw supporters of populist cleric Moqtada al-Sadr win the largest share of votes in May elections. Al-Sadr has called for curbing U.S. and Iranian involvement in Iraqi affairs.

Trump spent three hours at a U.S. air base meeting with American troops on an unannounced visit Wednesday. He left without meeting any Iraqi officials.

Lawmakers decried the visit as arrogant and a violation of Iraqi sovereignty. 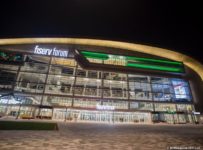 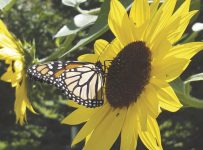