WASHINGTON (AP) — President Donald Trump is pushing back against the idea that he doesn’t have a strategy to end the partial government shutdown, now into its fourth week.

At the same time he’s not saying what his strategy is.

Trump tells Fox News’ Jeanine Pirro that he has “no idea” whether he can get a deal with House Speaker Nancy Pelosi, who opposes spending money on what she calls an “ineffective, wasteful wall” along the U.S. southern border. Funding for the border wall remains the sticking point in passing budgets to reopen the government.

Trump continues to hold out the possibility he will declare a national emergency to build the wall without congressional approval. Asked why he hasn’t, he tells Fox News that he’s giving Congress a chance to “act responsibly.”

TEHRAN, Iran (AP) — Iran’s foreign ministry has summoned the Polish envoy in the country following an announcement by U.S. Secretary of State Mike Pompeo that Poland will host an international conference on Iran and the Middle East in mid-February.

The official IRNA news agency reported on Sunday that Iran conveyed its protest message to Poland’s Chargé d’Affaires Wojciech Unolt, demanding Poland not side with this “hostile move” by the United States against Tehran.

The statement quoted an unnamed Iranian official as saying that if the summit goes ahead, Iran will resort to unspecified “counter-action” toward Poland, without elaborating.

Pompeo is currently on a Mideast tour, bringing the Trump administration’s anti-Iran message to the region. He told Fox News before departing from Cairo on Friday the conference in Poland would take place Feb. 13-14.

Benjamin Netanyahu’s comments on Sunday at his weekly Cabinet meeting mark a rare public acknowledgement of Israeli activity in Syria.

Israel is believed to have carried out hundreds of airstrikes against Iranian and Hezbollah targets throughout the Syrian civil war but has generally refrained from commenting about them for fear of being drawn into the fighting.

Only recently has it begun to speak publicly about thwarting the weapons smuggling from Iran through Styria into Lebanon. Israel’s outgoing military chief, Lt. Gen. Gadi Eisenkot, did so over the weekend in various interviews.

Netanyahu says Israel says the recent strikes prove “we are committed more than ever to act against Iran in Syria.”

Italy vows fugitive will spend life in jail for killings

ROME (AP) — Italy is praising the capture in Bolivia of fugitive Italian communist militant Cesare Battisti and is vowing that he will “finish his days in prison” to serve murder convictions dating from 1990.

Interior Minister Matteo Salvini praised Bolivian police and Brazil’s government. He called Battisti a “delinquent who doesn’t deserve to live comfortably on the beach but rather to finish his days in prison.”

Battisti escaped from an Italian prison in 1981 while awaiting trial on four counts of murder allegedly committed when he was a member of the Armed Proletarians for Communism. He was convicted in absentia in 1990.

He has acknowledged membership in the group but has denied killing anyone.

How long can O’Rourke wait as 2020 pace picks up around him?

A Democratic congressman at the time, O’Rourke insisted he could beat the incumbent, Republican Ted Cruz, even though almost no one nationally knew of him.

Now, as the onetime punk rocker mulls a much-hyped White House bid for 2020, he’s doing anything he can to keep attention on himself without actually getting in the race quite yet. O’Rourke isn’t expected to decide until at least next month whether he’ll run.

Some activists in Iowa and elsewhere are clamoring for him to get in. And some of his potential rivals are moving their timelines earlier.

Khalid al-Falih says he’s not happy with the “range of volatility” over the past two to three years. He explained there are consequences when energy prices dip or rise so much but was cautious not to set a price target.

Al-Falih said at the Atlantic Council’s Global Energy Forum in Abu Dhabi on Sunday that “we need to do better and the more producers that work with us, the better we’re able” to do so.

Saudi Arabia and other major oil producers have agreed to cut production by 1.2 million barrels a day to reduce oversupply for the first half of 2019.

WASHINGTON (AP) — The government shutdown is wreaking havoc on many Americans: Hundreds of thousands of federal employees don’t know when they’ll see their next paycheck, and low-income people who rely on the federal safety net worry about whether they’ll make ends meet should the stalemate in Washington carry on another month.

But if you’re a sportsman looking to hunt game, a gas company planning to drill offshore or a taxpayer awaiting your refund, you’re in luck: This shutdown won’t affect your plans.

All administrations get some leeway to choose which services to freeze and which to maintain when a budget standoff in Washington forces some agencies to shutter.

BEVERLY HILLS, Calif. (AP) — Shirley Boone, the longtime wife of singer Pat Boone as well as a philanthropist, has died. She was 84.

Milt Suchin, Pat Boone’s manager, says in a statement that Shirley Boone passed away on Friday surrounded by her four daughters, who sang to her.

Shirley and Pat Boone had been married for 65 years. During that time, Shirley Boone helped to establish Mercy Corps, which has become an international charitable organization dedicated to addressing economic, environmental, social and political problems.

In a statement to friends and family, Pat Boone wrote: “Quick bulletin, change of address:

Dear Shirley BOONE doesn’t dwell in Beverly Hills now_she’s just been warmly welcomed into a beautiful new mansion in Heaven, prepared specifically for her and her husband by Jesus Himself, who said “that where I am, you may be also”.

Rejoice for her, she’s begun her eternal life.

PARIS (AP) — The Paris prosecutor’s office says rescuers have found a body under the rubble of a bakery in Paris that was blown apart by a powerful explosion, bringing the overall death toll to four.

The blast Saturday morning in the Rue de Trevise in the 9th arrondissement of north-central Paris also injured dozens of people. Authorities say 10 of them are still in critical condition.

Paris fire department spokesman Eric Moulin told reporters about 30 firefighters were at the site Sunday to search for other potential victims, amid a mountain of debris and wrecked cars.

Paris authorities said 12 neighboring buildings that were damaged by the blast apparently due to a gas leak have been evacuated. Temporary accommodations were provided for about 40 residents while dozens of others have been housed by family and friends.

NASHVILLE, Tenn. (AP) — Amid a government shutdown that left its officers without a paycheck Friday, the Transportation Security Administration drew in almost 200 people interested in trying out for jobs during a fast-track hiring event in Tennessee.

TSA Federal Security Director for Tennessee Stephen Wood said people didn’t really ask questions about the shutdown during Saturday’s event, which could put dozens to work as full- or part-time officers at Nashville International Airport within two to four weeks. He says everybody knows the shutdown will end at some point, and he said the people in attendance were focused on getting jobs.

The event included informational sessions, interviews to assess qualifications, a computer-based test, and the ability to schedule drug screenings and medical exams. Applicants could apply online beforehand or onsite.

Copyright © 2019 The Associated Press. All rights reserved. This material may not be published, broadcast, written or redistributed. 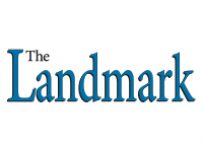