What better place to meet and greet the masses than Spiedie Fest? This booth was shot early Sunday morning before the politicos and their reps showed.(Photo: Neill Borowski / Staff Photo)Buy Photo

We want to hear from candidates with their latest news and from our audience with its thoughts. Natasha focuses primarily on Tioga County east and Tom west of Tioga. Email addresses: nvaughn@gannett.com and tpudney@gannett.com.

Write your own caption

Some things are universal and transcend the seemingly all-important identities of “Democrat” and “Republican.” And one of those things is food at the Spiedie Fest last weekend. This snap was taken after the judging of the cook-off.

Many in the photo above work well together — despite their politics — as they represent the Southern Tier and Upstate. But you’ve got to admit it is an interesting group. We even have two who are now involved in nuclear campaign war: U.S. Rep. Claudia Tenney, R, and Assemblyman Anthony Brindisi, D, who wants to unseat her in November.

Thanks to the Donna Lupardo campaign for tweeting the photo and allowing us to use it.

Upstate seniors expressed concerns about affordable housing with Claudia Tenney. And Tenney got a few lessons in cards from the older people as the incumbent congresswoman in the 22nd District visited the Northern Broome Senior Community Center in Whitney Point Aug. 1 as a part of the Renew NY-22 Tour.

“An issue that was brought up by all of them was that they have very limited, or no options for affordable housing. That’s for people that have either 401ks or pensions, there are really people who are truly in the middle. I would love to go in and explore this issue, why they say they just don’t seem to have any opportunities. It’s been brought up in a number of the senior centers we’ve been to.”

Some of the seniors at the center taught Tenney how to play the card game Skip-Bo as they ate spiedies and grilled cheese for lunch. Tenney also spoke about concerns with seniors who were coloring and reading the newspaper. Tenney, 57, is from New Hartford New York.

Get to know the candidates

Brindisi putting on the mileage

Congressional candidate Anthony Brindisi has now held a town hall meeting in each of the eight counties in the 22nd district.

“People want to make sure their voices are heard in Washington,” said Brindisi, 39, a Democrat from Utica. “A good representative is also a good listener. And these town halls were as much an opportunity for me to learn about what the people of the 22nd district care about as they were an opportunity for people to learn about where I stand on the issues. I was glad to see people from across the political spectrum attend.”

His campaign said stops are expected in all eight counties between now and the election. The general election is Tuesday, Nov. 8.

“We followed the rules,” Harder said on WNBF Friday morning. “He didn’t, so he was taken off the ballot.” According to Harder, he received 1,800 signatures of the 1,000 that were necessary.

Harder, 76, is a lifelong resident of Conklin who first joined the sheriff’s office in 1964 and has served as sheriff since 1998 will run against Matt Ryan in the general election. Ryan was the mayor of Binghamton from 2006 to 2013.

NY Dems pulling out all the stops to buy votes. Step 1: allow felons, including cop-killers, sex offenders right to vote. Step 2: go into Rikers to register them. Outrageous. https://t.co/Qtuynx4vAK

According to the NYS Board of Elections website anyone who is either in jail for a felony or on parole for a convicted felony is not eligible to register to vote in the state of New York. The governor proposed an executive order in April that would restore voting rights for those released on parole.

I’m willing to bet very few outside of the far left agree with the governor pardoning thousands of violent felons, some of whom have already victimized law abiding New Yorkers not do they agree with the latest stunt pulled by the NYC mayor. @NewYorkGOP@marcmolinaro@CP1NYS

The move would restore voting rights to roughly 35,000 felons already out on parole through “conditional pardons,” meaning the pardon would only restore voting rights. It would not remove restrictions imposed by release, such as sex offenders being barred from schools – something regularly touted by conservatives in opposition to the move.

Central New York Community Action Program Council, UAW Region 9, endorsed Anthony J. Pucci for a seat on the Chemung County Legislature…One of the most-prolific news release machines in this election is that of Cynthia Nixon, who is challenging Gov. Andrew Cuomo in the Sept. 13 Democratic primary. 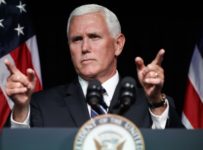 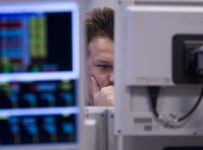