The number of Americans filing for unemployment benefits rose less than expected last week, pointing to sustained strength in the labor market.

Initial claims for state unemployment benefits increased 1,000 to a seasonally adjusted 218,000 for the week ended July 28, the Labor Department said on Thursday. Data for the prior week was unrevised.

Claims dropped to 208,000 during the week ended July 14, which was the lowest reading since December 1969. Economists polled by Reuters had forecast claims rising to 220,000 in the latest week.

Claims data has been volatile in recent weeks because of difficulties adjusting the data for seasonal fluctuations at the start of July when motor vehicle manufacturers close assembly lines for retooling.

The Labor Department said only claims for Maine were estimated last week. The four-week moving average of initial claims, considered a better measure of labor market trends as it irons out week-to-week volatility, fell 3,500 to 214,500 last week, the lowest reading since mid-May. 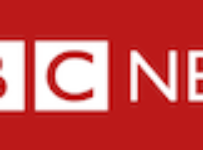