Editor’s note: This is Part 1 in an 8 part series breaking down the 2018 Virginia Tech football team, position by position.

It made sense the pail would be in Walker’s hands. On a unit thin on the experience front, the senior defensive tackle is the unquestioned leader of the defense and beyond.

“He is the captain of this team. I mean, he’s the leader,” sophomore quarterback Josh Jackson said. “He’s the bell cow, the pail holder. He’s who everybody on our team should look up to and respect.”

Walker has certainly earned it, playing in 38 games since 2014 – even after redshirting in 2015. He started all 13 last season. And he isn’t shy about expanding his role.

“I was born a leader,” Walker said. “It pretty much came natural to me. This year is probably going to have to be a little more vocal than I’ve ever been, which is no problem. It’s what we need and what’s best for the team.”

Walker anchors a defensive front that figures to be the strength of the Hokies’ defense, the only unit with any real game experience under its belt. Only one player outside of the defensive line has any starting experience, safety Reggie Floyd.

The defensive line lost just one starter – defensive tackle Tim Settle – from last year’s group, which ranked second in the ACC against the run, holding opponents to 119.8 rushing yards per game, and racked up 32 sacks, the third most in the league.

Much of the focus in the spring was on developing depth behind the starters on the defensive line, especially at defensive end, where Tech is hoping a few of its young prospects can develop quickly.

But as far as the first-team goes, defensive line is clearly the strength of the Hokies’ 2018 defense, led by Walker. Senior Vinny Mihota, coming off surgery, has moved inside from end to give Tech two steady and agile defensive tackles.

On the outside, Virginia Tech has a pair of pass rushers who could be poised for breakout seasons in Trevon Hill and Houshun Gaines.

» Top of the hill: Junior defensive end Trevon Hill became a full-time starter last season and had a strong showing, finishing with 46 tackles and 5 ½ sacks. The Hokies are banking on Hill having an even bigger impact this season. The 6-foot-3, 245-pounder has the speed to be a disruptive edge rusher and has gotten stronger in his time in Blacksburg, making him more capable of shedding blockers.

With the attention Ricky Walker figures to draw on the inside, Hill could be poised for a big season at end. 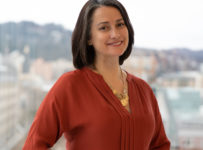 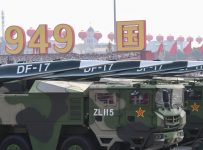