Shares in Asia rose on Thursday afternoon following an overnight surge in stocks on Wall Street, with all three major indexes stateside posting gains of more than 4.9 percent.

Japan’s Nikkei 225, which has veered in and then out of bear market territory this week, surged 4.03 percent in afternoon trade while the Topix jumped 4.93 percent as the two indexes climbed for the second-straight day after their Christmas Day tumble.

In Australia, the ASX 200 rose around 1.79 percent, with all sectors seeing gains.

Of note, the energy sector Down Under jumped more than 3 percent, with shares of oil-related companies advancing. Santos rose 3.24 percent, Woodside Petroleum gained 4.23 percent and Beach Energy climbed up by 1.71 percent.

Those moves came on the back of a strong rebound in oil prices on Wednesday, which saw both U.S. and international benchmark Brent crude post their largest one-day increase since Nov. 30, 2016, when OPEC signed a landmark agreement to cut production.

The mainland Chinese markets, which have been closely watched as a result of Beijing’s trade war with Washington, saw gains by the end of the morning session. The Shanghai composite gained about 0.56 percent while the Shenzhen composite rose 0.545 percent and the Shenzhen component saw gains of 0.629 percent. 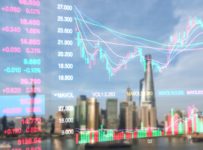 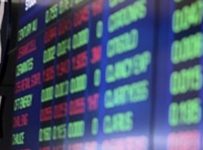