Turning scientific discovery into real-world solutions is no mean feat, but despite the challenge of getting science out of the lab, there’s been a recent boom in organizations taking a different approach to do exactly that.

Spinning science out of academia is not new, of course. Technology Transfer Offices (TTOs) exist at most research universities; their aim being to bring research developments to market, and a financial lift to the university’s bottom line. But translating a scientific discovery – an often hyper-specific technology created in a carefully managed environment – into the real world, tends to fall short at the point of finding a problem which the science can effectively solve. When it’s not an obvious innovation such as a new drug, for example, TTOs have a hard job simply working out what the new science can actually be used for, and who would be willing to buy it.

Enter the problem-led science startup factories – the organizations which start with the issues that exist in the world, and follow that with science.

London-based Deep Science Ventures (DSV) is one such example. A venture-focused science institute, they identify specific problems in areas such as Alzheimer’s, antimicrobial resistance and energy storage, and then recruit entrepreneurial scientists and engineers to create companies to solve them. Through funding the entrepreneurs through their acceleration programme, and then investing in the most promising startups created, they have spun out companies working on living neural implants, energy efficient bioprocessing and even one-day antibody design.

Dominic Falcão, Director of DSV, says this new approach is not about replacing tech transfer, but rather about finding solutions at the convergence of sciences as opposed to standalone innovations. “If your aim from the start is to produce companies, the challenge for tech transfer is that successful products and services are rarely formed of only a single innovative finding. No single piece of research resulted in a washing machine, or the Tesla Model S.”

The approach of starting with the problem also has the added bonus of going beyond incremental gains achieved by upgrading technology with new science, and into the realms of revolutionizing industries. Falcão knows that when it comes to solving problems in the real world, there are many ways to skin a cat, as it were: “Tech Transfer Offices assess whether the new blade their scientists have created could skin cats faster. DSV asks why we’re skinning cats, and tries to work out if there’s a much more efficient way to get to the ultimate outcome.”

Starting with the problem isn’t only the approach of those organizations outside universities. Helsinki Challenge – a science-based competition and accelerator – combines ten Finnish Universities with Nordic think tank Demos Helsinki to find solutions to the UN Sustainable Development Goals. Teams of scientists and engineers from across the country team up over the course of a year, taking part in workshops, user-testing and mentoring alongside industry, government and NGOs, in the hope of winning the €375k to bring their science startups to market.

Mikael Sokero, researcher and project leader at Demos Helsinki, says their approach is not just about commercializing science, but about reframing the role of scientists in engaging with the wider effort to solve globally occurring problems. “Traditionally universities and researchers have had a role of an “outsider” or “observer” of the “real world”. Today, the role of science in society is considered increasingly to be based on engagement, and this new role can only be achieved through real interaction and collaboration.”

Harnessing the value of networks which form around problems – made up of people from public and private organizations of all sizes – is something these new organizations have in common. The Thought for Food Foundation, a non-profit which organizes an annual pre-accelerator and prize challenge for young food and agriculture startups, relies on its 12,000-strong Global community to advance the companies coming through their program. They have recruited 200 volunteer ambassadors from 70 different countries to seek out grassroots initiatives, entrepreneurs, policy-makers and corporates to come together around one big issue: feeding 9 billion people by 2050.

Many of Thought For Food’s success stories come from the world of science – from the US-based biotech Agrospheres working on nanotech for pesticides to the Indonesian insect bio-refinery startup Biteback creating an alternative to palm oil. Rallying around the problem of feeding the planet means you attract those keen to solve problems, and many of those people happen to be scientists.

Program Director Jared Yarnall-Schane talks about how these diverse communities which form around issues as opposed to technologies can be the catalyst to get science out of the lab. “Our goal is to work out how we can use the massive networks and experience that we have to get these products and technologies into the world, and our global perspective allows us to see where the hotspots are.” The focus, though, is about how these new ideas can actually work in the real world: “I work closely with the Penn State ecosystem, and what I see is that there’s this amazing research produced, but there’s no identified problem or need – the technology is developed first. What we have found is that the teams that are most successful are the ones that find a problem or opportunity first then develop the technology that solves it. That’s the mindset shift that we’re noticing.”

For this new breed of problem-led organizations, curating a broad network of experts, stakeholders, entrepreneurs and enthusiasts is key to matching niche but critical problems with rogue, diverse pieces of information which come together to solve them. They carefully engineer serendipity but are grounded in bringing everything back to real-world need.

Getting science out of the lab into the hands of those who need it will almost certainly always be a difficult endeavor. With more organizations focusing on modern methods of venture creation, and increasing levels of openness about how science can be done outside of the academy, the challenge can only get easier.

And then – ultimately – science can do even more to change the world. 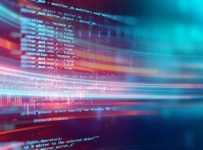 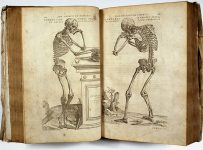