Warner Bros and DC are developing a ‘Supergirl’ film.

The entertainment companies are said to be in the “early stages” of creating the movie after they secured ’22 Jump Street’ writer Oren Uziel to pen the script.

Bosses are yet to hire a producer and go through the casting procedure but there’s a high chance Melissa Benoist – who plays the titular character in the CW series which is now in its fourth season – will sign up to portray Supergirl, according to Deadline.

It is unclear whether Superman will appear in the blockbuster but Warner Bros and DC Entertainment are hoping to create a new template for future films.

‘Supergirl’ is just part of a long list of plans Warner Bros has as it’s believed they are also working on a series of movies involving the DC comics villains.

The entertainment company have reportedly been lining up a whole host of movies based around the iconic arch nemesis’ of heroes such as Batman and Superman, including two films starring The Joker, as well as spin-offs for Deathstroke and Harley Quinn.

The villains last came together for 2016’s ‘Suicide Squad’, and although the studio is remaining tight-lipped on which villains are getting their own projects, information on their website confirms new projects centring on both heroes and villains are in the works.

In a biography written for Walter Hamada – who is the President of DC-Based Film Production at Warner Bros. – the company’s website reads: “Walter Hamada is President, DC-Based Film Production, Warner Bros. Pictures. In this role, he oversees WBP’s slate of films based on Super Heroes and Super-Villains from DC, as well as titles based on other characters and stories also licensed from DC, including its Vertigo and MAD Magazine imprints.

“Hamada draws upon resources from across both WBP and New Line Cinema and works closely with Geoff Johns, President and Chief Creative Officer, DC Entertainment.”

Meanwhile, it has already been confirmed that Batman villains The Joker and Harley Quinn – who are currently portrayed by Jared Leto and Margot Robbie respectively – will be getting their own movie, which is said to be focusing on their “messed up” love story. 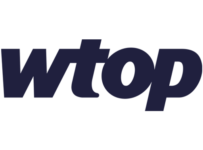 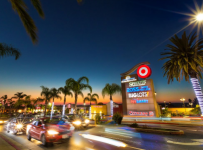