(Reuters) – After collecting billions of dollars in U.S. coronavirus aid, many of the nation’s wealthiest nonprofit hospitals are now tapping into disaster relief funds that critics say they don’t need.

The money from the Federal Emergency Management Agency (FEMA) is going to some large health systems that have billions of dollars in cash reserves and investments, according to government records reviewed by Reuters.

FEMA has received nearly 2,200 aid requests from hospitals and thus far has approved about 15% of them, for a total of $894 million, the agency told Reuters. Hospitals can request more money as U.S. infections surge, and FEMA officials expect total aid awards to rise significantly.

Some health policy experts say that large and well-capitalized nonprofit systems – which typically pay no taxes – do not need the additional relief money. Among the aid applicants are some of the nation’s best-known health systems, including the Cleveland Clinic, Providence and Stanford Health Care.

“These are very financially successful hospitals that have already received a huge amount of taxpayer money to help with COVID-19,” said Eileen Appelbaum, co-director of the Center for Economic and Policy Research in Washington. “This feels like greed for them to go to FEMA for even more money.”

Some nonprofit hospitals said federal aid hasn’t covered all of the lost revenue and higher expenses caused by the pandemic. The FEMA program, they said, recognizes their major investments in staff and equipment to handle the crisis.

“The COVID-19 pandemic has greatly impacted hospitals and health systems around the country, including ours,” said Angela Smith, spokeswoman for the Cleveland Clinic.

FEMA funds are typically dispersed after hurricanes, floods or other natural disasters in a specific region. Nonprofit hospitals nationwide can apply now because President Donald Trump declared the pandemic a national emergency in March.

The program does not consider whether applicants need the money, Gair said.

“If a well-off hospital has eligible expenses, it gets money,” Gair said. “There is always a question about the fairness of that, but FEMA doesn’t look at the hospital’s bottom line.”

Nonprofit hospitals account for about 60% of hospitals nationwide, and years of mergers have created health giants with immense market power and vast resources.

These hospitals get tax exemptions on the condition that they provide charity care and other community benefits. Some lawmakers and economists, however, increasingly criticize large nonprofit hospitals for not doing enough to help low-income patients and their communities while spending surplus cash on lavish building projects, high executive pay and expensive marketing, such as naming rights on professional sports facilities. Some critics say they’re often indistinguishable from their for-profit peers.

Major nonprofit health systems counter that they collectively provide billions of dollars in charity care annually and that the community benefit they provide outweighs the value of their tax exemptions.

Keith Turi, an assistant FEMA administrator, said the agency runs an “eligibility-based program” with no cap, which means smaller hospitals are not competing for limited funds with large and wealthy health systems.

Even so, handing out aid to hospitals that don’t need it is a waste, said Tim Egan, chief executive of Roseland Community Hospital, a nonprofit, 134-bed facility serving low-income patients in Chicago. Egan said his facility has struggled financially as its payroll shot up by $5 million this year to cover coronavirus care. But big nonprofit hospitals, he said, are swimming in money by comparison.

“These FEMA dollars should be earmarked for safety-net hospitals that are really underwater,” Egan said. “We may be in the same storm, but we are not in the same boat. While they’re pulling their multimillion-dollar yacht up to the dock, our boat is leaking.”

This year, hospitals and other medical providers have already received about $145 billion in federal grants under the Coronavirus Aid, Relief and Economic Security (CARES) Act. In addition, Medicare has provided nearly $80 billion in low-interest loans and increased reimbursements for patients hospitalized with COVID-19 by 20%, which may yield another $3 billion for hospitals.

Some of the hospital systems applying for FEMA aid have vast financial reserves that have provided a cushion against pandemic-related losses and expenses.

Providence, based in Renton, Washington, runs 51 hospitals and nearly 1,000 clinics. It reported an operating loss of $214 million for the first nine months of this year as expenses rose 4% and patient volume dropped by 10%.

But the health system’s reserve of cash and investments ballooned to $14.5 billion by Sept. 30 – an increase of $2.2 billion from nine months earlier. A spokesman said that was due in large part to $1.6 billion in coronavirus loans from Medicare that must be repaid. Providence also got $682 million in CARES Act grants and $9 million initially from FEMA. The hospital chain said it plans to file more requests with FEMA for an undetermined amount.

Providence said it will follow all federal rules in seeking the disaster aid. FEMA officials have reminded applicants not to seek funding for work or expenses covered by the CARES Act or other sources.

“We are being diligent in our effort to avoid double dipping,” Providence said in a statement.

Providence said it needs the money to offset coronavirus-related costs as the pandemic “enters what appears to be its most dangerous phase.”

Cleveland Clinic has experienced a similar shortfall as surgeries were canceled and emergency-room visits plummeted. The health system, which runs 18 hospitals, said that patient revenue was $890 million lower than expected during the first nine months of this year and that it spent more than $190 million on pandemic-related expenses. It reported an operating loss of $108 million through September.

But the system’s net income – including strong investment gains – tripled to $604 million in the most recent quarter, compared to a year ago. Cleveland Clinic has $11.8 billion in cash reserves and investments.

The system has also benefited from $423 million in CARES Act grants and a $849-million loan from Medicare, which it has paid back. Last month, FEMA awarded Cleveland Clinic $46 million to help with the costs of a facility expansion for COVID-19 patients and the purchase of ventilators and other supplies. The system said in a statement that it plans to file for additional FEMA funds as it incurs more pandemic-related costs.

Two of the largest aid requests in FEMA records reviewed by Reuters came from two other hospital systems with billions of dollars in financial reserves: NewYork-Presbyterian Hospital, which sought $259 million, and Stanford Health Care, which requested $127 million. A spokeswoman for the New York hospital system said it plans to seek more money to cover its major expenses in staff and equipment. A Stanford Health spokeswoman said federal grants only offset “a small portion of the costs that our hospital has incurred.”

Dan Skinner, an associate professor of health policy at Ohio University, said the “idea that some of these institutions require disaster funding is laughable” given the size of their investment portfolios and rainy-day funds.

He said the debate over coronavirus aid tends to lump together all hospitals and obscures the wide disparities in financial need between small, community hospitals and deep-pocketed health care chains. Moody’s Investor Service wrote earlier this month that smaller hospitals struggling with coronavirus costs may have to merge with larger health systems.

“There is so much public goodwill toward hospitals during the pandemic,” Skinner said. “I feel some of these hospitals are manipulating that.”

HOSPITAL REVENUE DOWN ONLY SLIGHTLY

U.S. hospitals lost considerable revenue during the early days of the pandemic, in March and April, as many Americans postponed routine care. Surging infections also forced hospitals to delay elective procedures – a key revenue source – to devote more staff and resources to the pandemic.

Since then, business has rebounded and hospital revenue was only off by 1.7% through the first nine months of 2020 compared to the same period last year, according to the Peterson-Kaiser Family Foundation Health System Tracker.

“Hospitals had bounced back to financial stability, but now there may be another hit” as coronavirus hospitalizations surge again, said Venson Wallin, an industry consultant and managing director at the BDO Center for Healthcare Excellence & Innovation. “We are on a roller coaster.”

Banner Health, a Phoenix-based nonprofit which runs 29 hospitals in six states, holds $5.4 billion in cash and investments, according to an April report by Fitch Ratings. Banner has filed applications with FEMA, for amounts not yet determined, after receiving about $1 billion in federal grants and loans this year.

Its most recent federal tax return, for 2018, shows that Banner’s chief executive, Peter Fine, made $10.3 million in 2018. He received $25.5 million the year earlier, boosted by a one-time retirement plan payment. A spokesman said Banner may seek FEMA aid if CARES Act funds “do not cover all eligible expenses incurred as a result of the pandemic.” 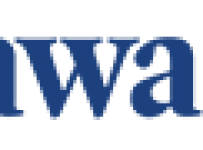 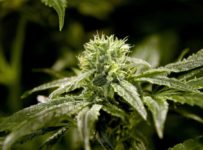