Dear readers, wish you all a very happy new year.

It is likely to be a day of low volumes on account of holiday season around New Year. However, there are a few cues that the Street could take a note of. Global trends, including SGX Nifty’s move, indicate a possible flat start to the market on January 1, 2018.

The market closed the last session of the year on a flat note on December 31 with Nifty holding 10,850 levels amid rangebound trade. The benchmark indices also ended flat in December.

The Nifty opened higher but remained sideways throughout the trading session amid thin volumes. The index breached above the 78.6 percent retracement level of 10,889 shortly, before closing below this level.

“In the near term, 10,778-10,765 is a crucial support zone on the way down. The bears will gain momentum once the index breaks and sustains below 10,765,” Gaurav Ratnaparkhi, Senior Technical Analyst, Sharekhan by BNP Paribas, told Moneycontrol.

The broader markets outperformed frontliners as the Nifty Midcap index gained 0.5 percent and Smallcap 0.77 percent. All sectoral indices closed in the green barring FMCG and realty.

Here is a look at multiple factors from India and around the world that could play up on the markets.

Wall Street rises, limps across the finish line of a turbulent year

Wall Street advanced in low-volume trading on Monday as revelers gathered to ring in 2019, marking the end of the worst year for U.S. stocks since 2008, the height of the financial crisis, Reuters reported.

Wall Street entered correction territory in late January and was challenged for much of 2018 by tariff jitters, rising interest rates, and fears of diminishing corporate profits.

“Investors got complacent,” said Thomas Martin, senior portfolio manager at Globalt Investments in Atlanta. “People were positioned for the lack of volatility, and when that changed because of trade concerns and interest rates, people started repositioning and that started the cascade.”

Asian markets are shut today on account of New Year.

Nifty futures on the Singaporean Exchange indicate a flat start to indices here. The index futures were trading at 10,922.5, up 1 point on the SGX.

The Indian rupee on December 31 signed off the last trading session of 2018 with 18 paise gains at 69.77 per dollar but clocked a 9.23 percent fall during the year after witnessing its one of the tumultuous years in the recent past, PTI reported.

Forex traders, however, said fundamentals are supportive for the rupee over the next 6-12 months amid supportive growth momentum, robust forex reserves.

Core sector growth at one-year low of 3.5% in November

Crude oil, cement and fertilizer sector output growth pulled the eight core sector growth to a one-year low of 3.5 percent in November from 4.8 percent in September.

Domestic cooking gas (LPG) price was cut by Rs 5.91 per cylinder Monday, the second straight reduction in a month’s time due to tax impact on reduced market rate of the fuel.

A 14.2-kg subsidised LPG cylinder will cost Rs 494.99 in the national capital from midnight tonight as against Rs 500.90 currently, Indian Oil Corp (IOC), the country’s largest fuel retailer, said in a statement.

This is the second straight monthly reduction in LPG rate. On December 1, subsidised LPG price was cut by Rs 6.52 per bottle.

Finance Minister Arun Jaitley on December 31 said the government was not seeking Reserve Bank surplus to meet fiscal deficit but to utilise them for accelerating poverty alleviation programmes and recapitalising the state-owned banks.

Replying to a debate on the second batch of supplementary demands for grants in the Lok Sabha, the Minister said that the Modi government has the best track record of keeping fiscal deficit under check.

The House later passed supplementary demand for grants for the current fiscal to provide additional expenditure of Rs 85,948.86 crore, about half of which is for capital infusion in public sector banks.

Finance ministry has exempted rupee payments made to the National Iranian Oil Co (NIOC) for crude oil imports from a steep withholding tax, according to a government order reviewed by Reuters.

The exemption, put in place December 28 but backdated to November 5, will allow Indian refiners to settle about $1.5 billion of outstanding payments to NIOC. Those have been building up since Tehran was put under stringent US sanctions in early November.

The two countries on November 2 signed a bilateral agreement to settle oil trades through an Indian government-owned bank, UCO Bank, in the Indian currency, which is not freely traded on international markets.

The government infused Rs 10,882 crore in four public sector banks, including UCO Bank and Syndicate Bank, as part of Rs 28,615 crore capital infusion to be done in about half a dozen public sector lenders, PTI reported. The bank has received Rs 3,074 crore in the equity by way of preferential allotment on Monday, UCO Bank said in a regulatory filing.

The government has already announced infusion of Rs 10,086 crore in Bank of India, Rs 5,500 crore in Oriental Bank of Commerce and Rs 2,159 in United Bank of India. The government pumped in Rs 28,615 crore into seven public sector banks (PSBs) through recapitalisation bonds. 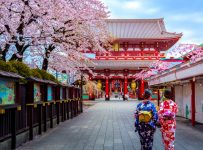