A few weeks ago, Former Utah Governor and Health & Human Services Secretary Michael O. Leavitt spoke at a technology summit here in the state. He talked about where Utah’s tech sector was 25 years ago, where it is now and what needs to happen to keep the momentum going.

“Leadership is a generational relay,” Leavitt said. “Each generation builds on the generations before.” A quarter of a century ago, Leavitt’s administration laid the foundation for the state’s business growth with an objective to become a tech capital.

The Birth of Utah’s Tech Boom

At the time, the only notable tech employers in the state were Novell and WordPerfect, and according to Leavitt, there was one VC fund in the state. “It was a whopping $20 million dollars,” he said. The governor made countless visits to Silicon Valley in an effort to lure companies to the mountains of Utah. He shared a story about his first visit with Adobe CEO John Warnock, who is also a University of Utah graduate. After making his pitch, Leavitt says Warnock didn’t waste any time making his point.

“Look,” he said. “You want tech jobs in Utah, you’ve got to have more engineers. Utah isn’t investing a fraction of what it needs to. Tech companies need engineers. Companies like Adobe can’t come to Utah unless you fix that.”

Months later, Governor Leavitt unveiled his Utah Engineering Initiative, a program with the goal of doubling the number of engineering slots in Utah colleges and universities. Thanks to those who followed Leavitt, support from the state legislature, along with Warnock and other community and business leaders, the initiative has blossomed with more than 40,000 students graduating with engineering or computer science degrees from Utah’s system of higher education.

Adobe came to Utah. Many have followed.

When I asked Governor Leavitt about Utah’s rise to tech prominence, he told me, “Qualtrics, Pluralsight, Domo, Medicity and Health Catalyst are part of a virtual conga-line of businesses that will trace their genealogy to a period when Utah declared its intention to become a technology capital, building upon the foundation laid by companies like Micron, Word Perfect and Novell.”

And the numbers don’t lie:

Tech Culture Is One Thing, Small Business Friendliness Is Another

The seeds of success planted early on are ripe for harvest, as demonstrated by the unicorns rising up out of Utah’s now well-known tech sector. While building this incredible tech culture as done wonders for Utah’s economic development, it’s also paved the way for small business success in the state.

Since 2016, Utah has added over 17,000 new small businesses, employing nearly 40,000 additional employees. The state ranks second only to California on Lendio’s fourth annual list of the top 10 states for small business lending:

Small business growth in other states has been noteworthy this year: Arizona and Connecticut cracked the top 10 for the first time, and Texas saw a 37.5% increase in business owners getting approved for loans. The average amount of loan dollars funded in New Jersey increased by 54% from 2018. In Florida, the number of loans closed increased 33% year-over-year. Yet Utah remains one of the stronghold states on the list, claiming a high ranking on the list for the fourth year in a row.

Utah is also home to four of the top 20 cities on WalletHub’s list of the best small cities to start a business, which compares the business-friendliness of more than 1,200 small-sized cities using metrics such as investor access and labor costs. Beyond the tech successes of Silicon Slopes, what is it about the Beehive State that fosters so much entrepreneurship?

Oftentimes, there’s an actual lineage you can trace from one business generation to the next. From Intel and Apple in Silicon Valley to Costco and Microsoft in Washington, all of these companies are part of the first generation of major wealth-producing companies in their respective states. The legacy left behind by these entrepreneurial pioneers has given rise to industries and sectors that never existed before. Leveraging those capital resources creates a new generation of companies that attract more talent with higher-paying jobs, who then take that wealth and create yet another generation of companies.

Many will argue Utah’s entrepreneurial gene can be traced all the way back to its pioneer heritage. Peak Capital & Peak Ventures co-founder Jeff Burningham said, “The secret sauce of Utah is the people. This is something we just feel in our bones. It’s in our DNA. We just know what it means to bootstrap, to work hard, to be the underdogs, and just grind. When you face hard things like Utah’s pioneers did, it becomes a part of your culture, and people here in Utah have embraced that.”

Unicorns like the ones Governor Leavitt already mentioned have created a new generation of wealth in the state, which is now being redistributed in the form of startups popping up all over the state, not just along the Silicon Slopes. Burningham’s Peak Ventures has taken much of its wealth and invested in dozens of tech startups like Divvy, Podium, SaltStack and Filevine (Lendio, too). Burningham said he believes the state is now witnessing the fourth generation or wave of companies from the initial Big Bang of Word Perfect, Novell and Omniture.

What can other states learn from Utah’s tech powered, small business-friendly ecosystem? And how does Utah keep the momentum building for future generations of entrepreneurs? I believe there are three keys to planting seeds for future growth.

While many states including Utah are currently busy harvesting the fruits of seeds planted years ago, Governor Leavitt also cautioned current business and government leaders there’s more work to do. “The next leaders of Utah will have to do bold things, take some risks and invest or we will fall behind. Each new group of leaders is given a baton and hopefully a bit of a lead. It’s their job to have the right vision and to run with purpose.”

Whether it’s Utah, New Jersey, Oregon or Ohio, now is the time to plant for future growth. 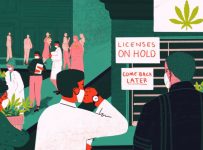 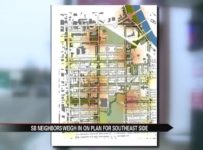