Following a rousing show with Adam Cayton-Holland at Sam Bond’s Garage in March, Just Comedy will bring Kyle Kinane in to headline a stand-up comedy set at Whirled Pies on Tuesday. Kinane has released four comedy albums and is featured on season two of “The Standups” on Netflix. 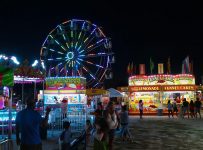