K-Pop solo artist HyunA (formerly of the Wonder Girls, briefly, and 4Minute) and boy band PENTAGON’s rapper E’Dawn—who are also both part of trio Triple H—are reportedly at risk of being fired by their music label after they making their relationship public back in August.

On Thursday, their label Cube Entertainment released a statement saying the two were fired. “When we manage artists, we consider mutual trust and faith our top priority,” they told the Korea Herald. “We decided the trust is broken beyond repair, so we are expelling the two from our company.“

This received a lot of backlash, and within a day of the announcement Cube, backtracked and released a new statement. “We’re discussing the issue, but it’s not confirmed,” Cube Entertainment CEO Shin Dae-nam told Yonhap News. “The opinions of the artists are also important, so it needs be handled carefully. We’ll have a board meeting next week to discuss this issue.”

The road to becoming a K-Pop star has always been known to be a tough one. Not only do you have to start ’em young in K-Pop schools or training academies, but there are a lot of strict rules included when actually signing with a label. (Yes, there’s usually a “no dating” clause in artists’ contracts specifically.) Fans have expressed their frustration with this kind of old-fashioned mentality. “Hyuna and E’dawn have been kicked out of Cube bc to the industry idols aren’t people,” tweeted @harudayy. “They’re products. They aren’t allowed to be themselves or love who they love.”

While Cube had been denying the couple were, well, a couple, they confirmed their 2-year-long relationship in a statement to Yonhyap News:

We’ve been going out with each other for two years. We know that we will constantly be tagged onto each other’s names from now on, but still, we thought that it would be hard to look straight into the eyes of our fans once we got on stage. That’s why we wanted to be honest at least to our fans who love and watch over us, and then go in front of them with our confidence and joy on stage.

HyunA, 26, told the Korean news outlet that she got to know E’Dawn, 24, when he was just a trainee at Cube. They officially began dating in May 2016. Since then, they’ve been making sweet music together. If you’re not familiar with their work, well, do yourself a huge favor and familiarize yourself: 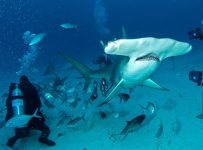 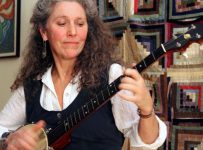 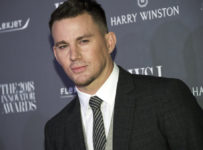