India, which has conducted military exercises with powers including the United States and Russia this year, joined China on Tuesday for Hand-in-Hand 2018, which aims to strengthen the nations’ anti-terrorist operations.

The joint drill in Chengdu, Sichuan province, will last 14 days. The exercises with India began in 2013 but were called off last year because of the dispute over Chinese road-building on the Doklam Plateau region of the Himalayas.

The sides, which fought a war in 1962, stood down after eight weeks later as diplomacy prevailed.

Besides its ties with China, India is holding exercises with Russian air and naval forces. The first leg of the biennial Exercise Avia Indra took place in the skies over Lipetsk, Russia, in September and the second will take place in Jodhpur from Wednesday until Saturday, while a week of naval exercises is expected to end on Sunday.

India has also reached out to the United States, and their air forces are taking part in the Cope 18 exercise, an 11-day drill over West Bengal, which also ends on Sunday.

India’s military-political relations and arms trade with the US have been on a rapid rise in recent years. The US, as part of its foreign policy to counter China’s growing influence in Asia, has notched up arms sales to India worth US$15 billion over the past decade, according to the Stockholm International Peace Research Institute (SIPRI). Those deals have brought closer strategic ties – India joined the US, Japan and Australia in discussions on freedom of navigation, terrorism and maritime security in Asia at November’s Asean summit in Singapore.

The meeting was widely viewed as a resurgence of the Quadrilateral Security Dialogue or Quad, an informal annual gathering that ran for three years from 2007 that focused on China’s growing economic and military influence in Asia.

Abhijit Singh, head of the Maritime Policy Initiative at Observer Research Foundation, an independent think tank based in India, said Delhi’s keenness to diversify military partnerships was driven by its need to maintain its influence in the region.

“While India has sought to reset political ties with China, many Indian policymakers and experts think Beijing is working to undermine Indian authority in a perceived sphere of influence,” Singh said.

“China indeed hovers in India’s strategic calculation, especially with her aggressive moves both in India’s eastern sector and in the Indian Ocean region,” said Debasis Dash of University Malaya in Kuala Lumpur, Malaysia, an Asia analyst focused on strategic affairs in the Indo-Pacific region.

Dash said India could provide Russia with a reliable friend other than China, and India’s evolving partnership with the US in the Indo-Pacific would bring scope for cooperation between the two forces.

India’s military ties with Russia go back to the Soviet era, as the country bought weapons, ranging from aircraft to artillery, from 1950s, according to SIPRI. At Cope 18, India’s Russian-built Sukhois flew with American F15s.

“If India strengthens its military engagement with Pacific powers seemingly unfriendly to China, Beijing’s resolve in South Asia and the Indian Ocean is likely to be strengthened,” he said. 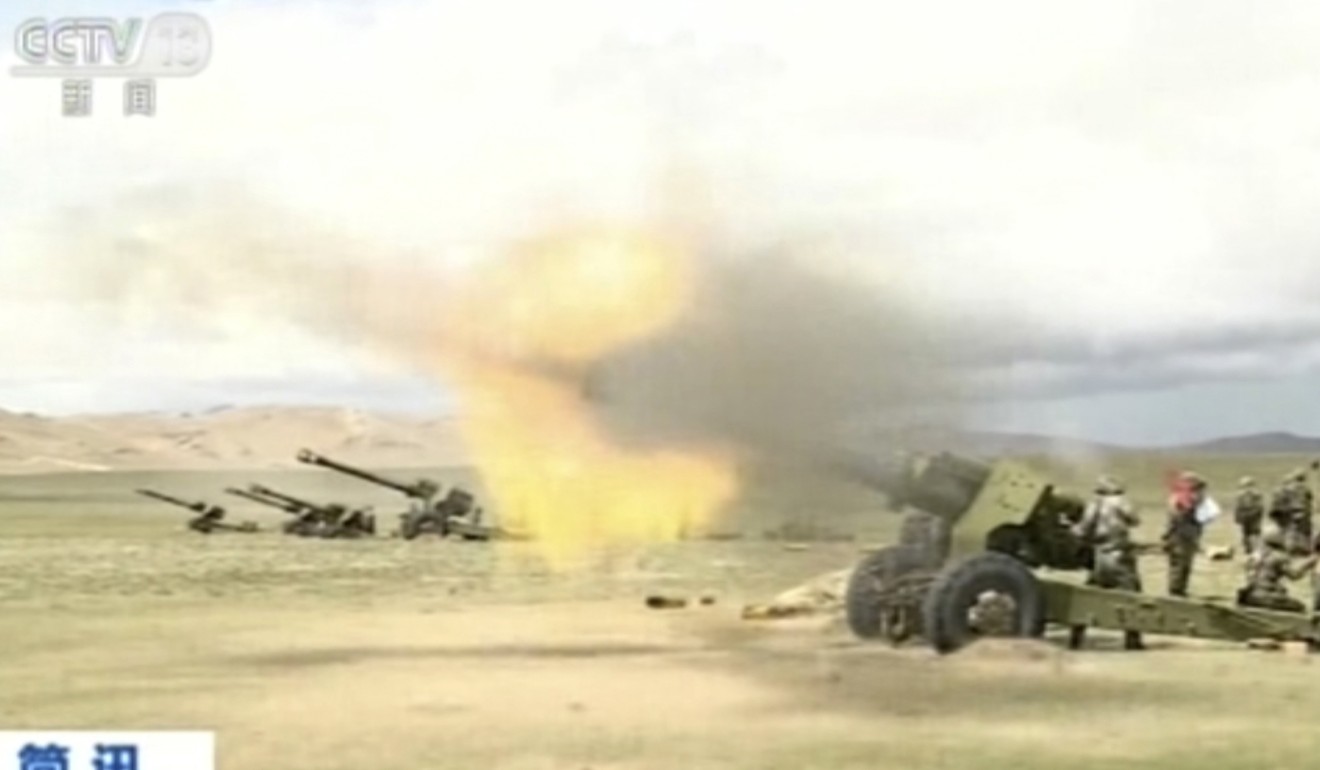 India has courted both Russia and the US for membership of the Nuclear Suppliers Group – 48 countries that trade in nuclear materials and technology.

China has stridently opposed India’s bid, mainly on the grounds that New Delhi is not a signatory to the Nuclear Non-Proliferation Treaty.

Rajeev Ranjan Chaturvedy, a visiting fellow at the S. Rajaratnam School of International Studies at Nanyang Technological University in Singapore, said India’s push to diversify military partners could bring balance to the region as China and the US race for military advantage.

“India’s increasing and visible military diplomacy is a force of stability and it gels well with India’s policy of ‘first respondent’ and ‘net security provider’ in the region,” he said.