Talking about how much we make can be really uncomfortable.

However, a new Korn Ferry survey found more people are disclosing their salary.

Of those surveyed, 24 percent of working professionals said it’s appropriate to tell a coworker how much their salary is. 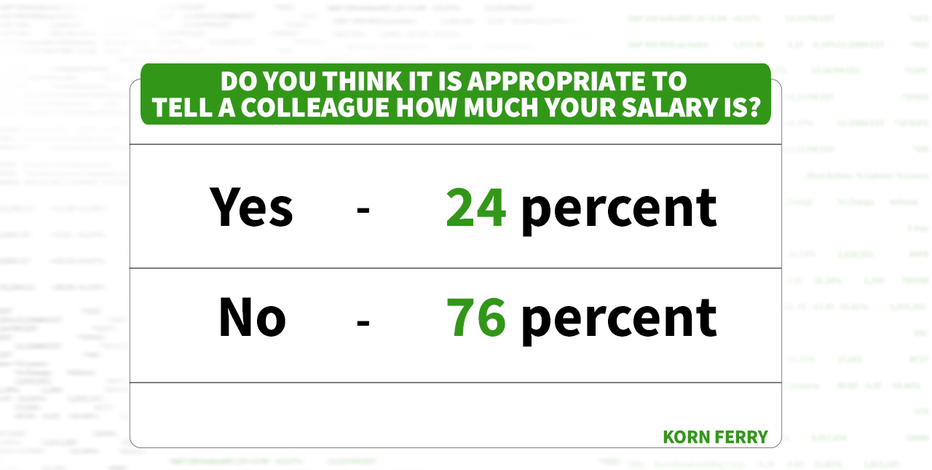 Compared to 37 percent when this survey was conducted merely five years ago, this shows a growing acceptance of being more open and honest about our paychecks.

This may be due to a person’s age. The survey found 94 percent of respondents thought younger workers are more open with how much they make than older generations. 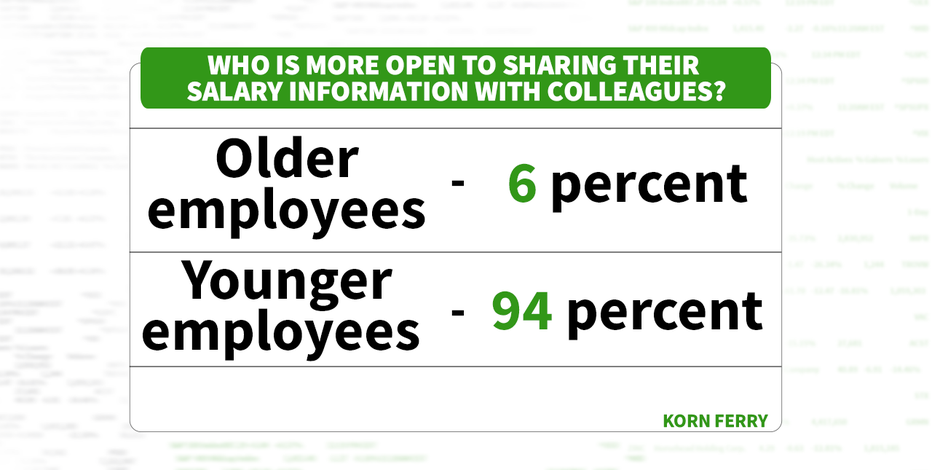 “The social, political and regulatory landscape is changing with respect to transparency in compensation communications.”

“This topic will likely intensify in the next several years as Europe and North America continue to move toward increased transparency in reporting compensation data that was once shielded from public scrutiny,” global head of Korn Ferry Rewards and Benefits Solutions Bob Wesselkamper said. “Employers need to be ready.” 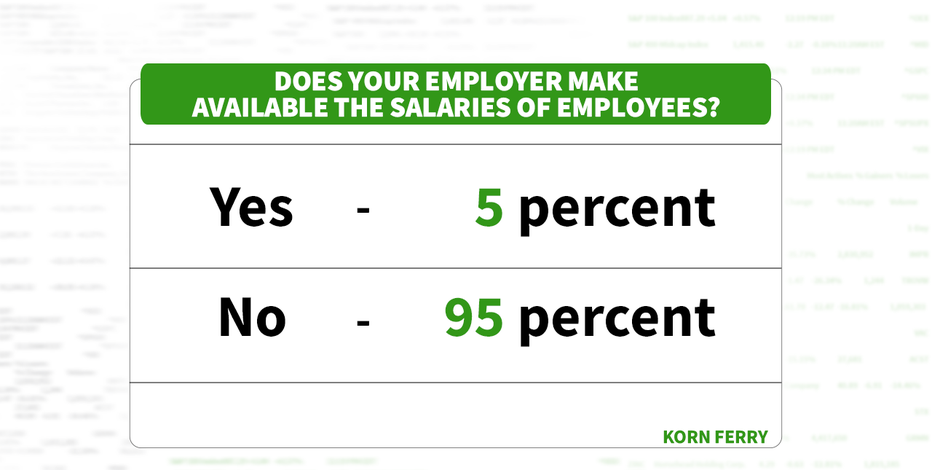 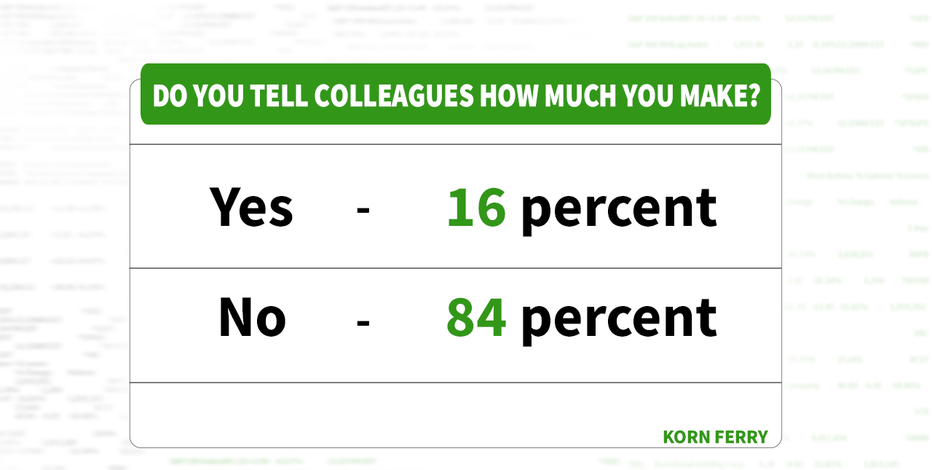 Do you tell your colleagues?

But what do we do with that information?

Those surveyed said if they found out a coworker makes more than they do, 55 percent would demand a raise but would be careful to not mention the coworker’s name when doing so.

About 15 percent said they would name drop their colleague when asking for a raise. 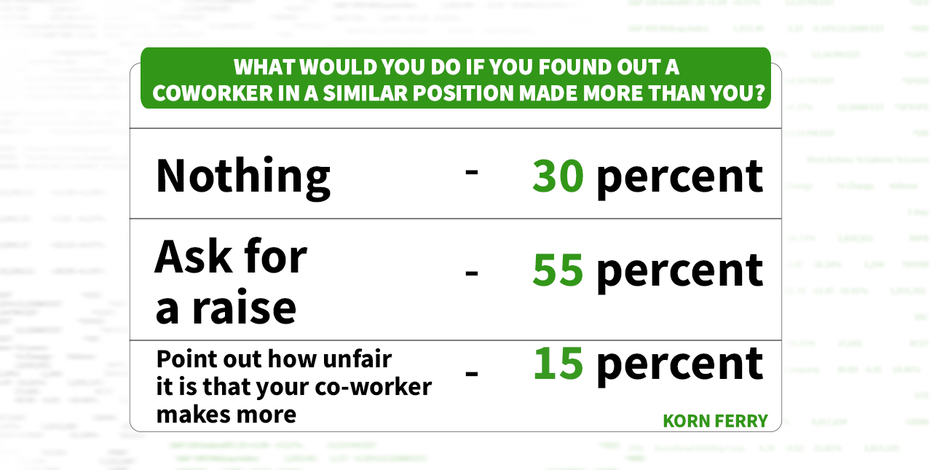 “Companies need to ensure that compensation is commensurate with the value that employees bring by putting in place the right compensation strategy, structure, design and benchmarking processes across the organization to secure fairness and equity in treatment for employees,” Korn Ferry Senior Client Partner Tom McMullen said.

“If employees don’t believe that compensation practices are equitable, this data suggests that they will leave their organization – or worse stay but be less engaged and productive.”