There are plenty of benefits to starting a business. Not only do you get to be your own boss, but you get to reap a host of financial rewards if your venture really takes off.

Starting a business, however, requires money, whether it comes from your personal savings or in the form of a small-business loan. But if you’re saddled with student debt, you might hesitate to pursue that venture, even if it’s a passion you’ve been itching to follow through on.

A Gallup poll published a few years back found that among young adults who graduated college between 2006 and 2015, 63% came away with student debt. Of those, 19% claimed they were holding off on starting a business because of that debt. 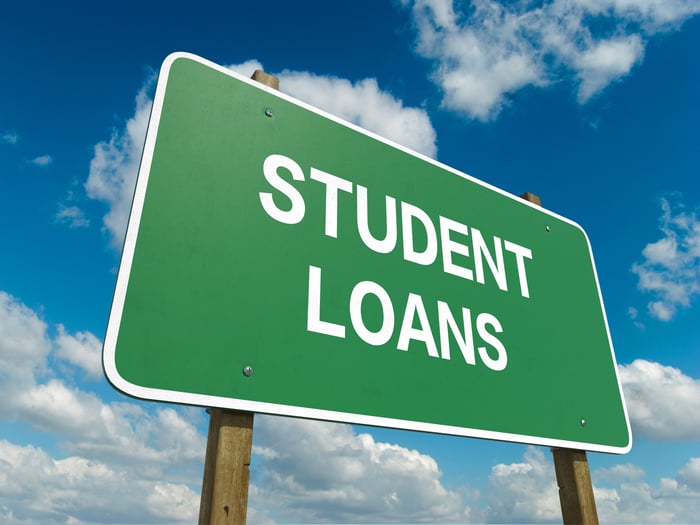 Obviously, your goal in going to college should be to help your career, not hinder it, so while it’s understandable that student debt might serve as an impediment to starting a business, it’s also a downright shame. If your goal is to start a business after college, it pays to take steps to keep your debt to a minimum. Otherwise, you may find yourself in an extended holding pattern.

Student Loan Hero reports that the average Class of 2017 graduate took on $39,400 in debt. If you’d rather not get anywhere close to that figure, there are a few things you can do to keep your loans more manageable.

First, limit yourself to federal loans and pledge not to borrow privately for college. Private loans aren’t regulated the same way federal loans are, which means there’s no cap on borrowing and no limit on the sort of interest rate you can be charged. And because they offer little to no flexibility with regard to repayment, they can constitute a real burden after the fact.

Furthermore, aim to work as much as possible during college to limit the amount you need to borrow in the first place. Many universities offer work-study programs that will hook you up with on-campus jobs. If you do that, plus use your summers off wisely, you might scrounge up enough money to make a nice dent in those tuition bills. And, as a bonus, you’ll have some nice experience to list on your resume.

Choosing the right college can also help you keep your costs down, thereby minimizing the amount you’re required to borrow. For the previous academic year, the average private university cost $34,740 in tuition alone. The average four-year public in-state college, meanwhile, cost just $9,970 in tuition (“just” being a relative term ). In other words, sticking with a public college within your home state could lower your education costs by a whopping $100,000.

Commuting to school rather than taking up residence in a dorm can also keep your costs down. For the 2017-2018 academic year, the average cost of room and board was $10,800 at public colleges and $12,210 at private universities. And that’s a lot to pay for a bedroom the size of a shoebox and a series of lousy mass-produced cafeteria meals.

Finally, accelerating your studies might help you knock out your degree a semester or two early, thereby saving you money on tuition. Of course, doing so is easier said than done if you don’t go into college already set on a major, but the sooner you figure that out, the greater your chances of finishing up ahead of schedule. And that’s another thing: If you’re truly clueless about your academic track, do your first year of studies at a community college. Chances are, you’ll mostly spend that year knocking out prerequisites, so you might as well do so on the cheap.

The point of going to college is to set the stage for a successful career, and if that means starting a business, all the more power to you. But don’t let the debt you accrue stop you from achieving your goals or cause you to put them off indefinitely. Instead, keep that debt level as low as possible so it doesn’t interfere with your life plans. And then go out and rock that business like the superstar you know you can be.