Belinda Román and Steve Nivin, For the Express-News

The area’s GDP could be as much as 40 percent higher if we paid women the same as men and valued their unpaid work.

The area’s GDP could be as much as 40 percent higher if we paid women the same as men and valued their unpaid work.

The San Antonio economy is staring directly into the eyes of its future economic self this year. The latest U.S. census estimates show the city’s population increasing, property values reaching new highs and unemployment rates dipping to new lows.

We appear to be joining the ranks of other major metropolitan areas in the U.S. — but this is just the view from afar, and it appears to have a major blind spot.


At ground level, the metropolitan area has weaknesses, and aspects of our economic story could lead us down a distressing path that includes income inequality and high poverty rates within our community. While numerous studies highlight some of these issues, a conspicuous omission among these is the role and impact of women in the local economy.

All the major economic indicators, such as gross domestic product, are genderless — lumping men and women together in one big number that either improves, remains the same or declines over time. GDP is further disaggregated into components, such as business investments, wage growth or the services sector. But we see very little on the more fundamental question of how men and women participate in the economy.

When we look at our economy from this perspective, the single most obvious issue is the pay gap between the genders. But there is so much more to consider.

The SABÉR Research Institute, under the auspices of the St. Mary’s University Department of Economics and the San Antonio Hispanic Chamber of Commerce, recently took a closer look at this question of gaps and the role of women in the San Antonio economy. The bottom line in doing this is to make sure that the significant contributions that women make to our economy count — that we take another look at the various unpaid and underpaid jobs that women perform in the economy to give them recognition that is commonly absent in the economic data we normally see.

By our estimates, the San Antonio metropolitan area’s GDP could be as much as 40 percent higher than the $109 billion reported for 2016 if we paid women the same wage as men and valued the unpaid work that women typically perform on a daily basis using a common wage. This equates to an immediate growth in the value of our GDP to more than $150 billion. This would add to our economy through more spending, jobs and opportunities for both genders.

The American Time Use Survey by the Bureau of Labor Statistics provides insight into how men and women use their time. In general, women spend twice as many hours as men on domestic work, such as child care, cleaning and cooking. These data provide general answers and do not specify if the household is a married couple with children, a single parent or an individual living alone, and this pattern persists even if the income levels of the respondents improve. Therefore, this suggests a socially ingrained division of duties that we simply cannot ignore.

Additional research into this topic by the SABÉR Research Institute using publicly available data sets shows that, by some measures, women in general earn approximately 83 percent of men’s income in the San Antonio area. The gender pay gap is just as real in our community as across the country. Of course, there are women in some fields and jobs who earn as much or more than men, but these are the exceptions to the overall rule.

Our research confirms what we already know intuitively — that women perform a number tasks in the household economy that are overlooked by the official statistics. And yet these tasks are just as relevant to the overall well-being of San Antonio as the genderless GDP.

Women generally participate in the economy at lower rates than men because of the economics of the household. Childbearing and caring for family and friends in the home are major aspects of this economy. In fact, we might say they are indispensable.

But when a woman takes time off to have a child, she loses ground in the race for higher wages and better economic outcomes. This has ramifications over a lifetime, leading to lower savings, lower retirement savings and fewer overall assets to join with a husband or partner, or as a single parent.

Add to this the fact that women make many of the everyday purchases everyone relies on, such as food, clothing and health care, and it is not difficult to see that women and their role in the measured economy needs to be given more due diligence.

Our research into the role of women in the San Antonio economy highlights areas where public policy can help create a more robust local setting in which women can participate more fully. These policies might include early childhood education, child and home care initiatives, and more support for job training and entrepreneurs.

Belinda Román is lead investigator on the Women in the Economy project of the SABÉR Research Institute at St. Mary’s University. Steve Nivin is SABÉR’s director and chair of the St. Mary’s Department of Economics. 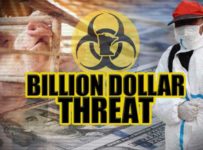 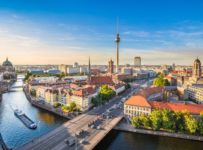 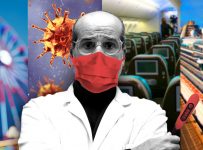