As has become a regular occurrence lately, Epic Games announced another solid free video game coming to all of its Epic Games Store (EGS) users, which has so far been an every-two-weeks promo for the relatively new storefront. And again, as has become a regular occurrence, the news came with some confusing crossover with Steam, the mega-ton retailer that EGS is not-so-subtly taking on.

Friday’s announcement confirmed that the award-winning puzzle game World of Goo, which launched in 2008 on PC and the Wii before reaching other platforms, will become an EGS freebie starting May 2. Users will have a two-week window to log in and claim a copy of the game (which currently retails for $10 at Steam and other digital-download storefronts).

Shortly after Epic’s announcement, a PC Gamer report clarified one key detail: this version of World of Goo includes a significant “framework” update with an emphasis on higher resolutions. However, that report didn’t answer if that update was an EGS exclusive—the kind of update that would require the game’s existing fans to log into a second storefront and claim a free copy—or when exactly its Steam equivalent will get the update.

In an interview with Ars, World of Goo co-creator Kyle Gabler confirmed that all of the game’s existing Windows/Mac/Linux versions on storefronts such as Steam and GOG (and developer 2DBoy’s own site) will get the update “as soon as it’s ready.” Whether that means it’ll arrive on May 2 or a few days later will depend on “our own ability to generate and test the builds,” Gabler said.

“It’s a free update for everyone—we don’t do DLC,” Gabler added. “Timing is just whenever we can, and there’s no contractual or artificial delay otherwise. We assumed we’d slip out this update without anybody noticing, so we didn’t make a fancy plan or anything.”

While World of Goo has a relatively timeless look thanks to vector-based graphics and cartoon-shaded worlds, the original game’s foundation was built with an expectation of 800×600 resolutions—more in line with the original Wii’s 480p output. As such, 2DBoy took the game’s EGS launch as an opportunity to “tidy up before you invite the neighborhood in,” which includes a redrawing of all in-game assets at double their original resolution, a wholly replaced framework for asset rendering (“you can [now] run the game on modern widescreen displays at whatever resolution you want”), and quality-of-life improvements found in the Nintendo Switch version.

The original game’s leaderboards will be turned off because the three-person team at 2DBoy had been running those leaderboards on their own server and are opting to cut that off instead of transferring it to another service. But they seem to be making up for this by doing something pretty cool: removing all encryption for the game’s assets and save files. “We hope this makes the game more open and friendly to mod,” Gabler said to Ars.

So there you have it: existing owners will get some nice perks, and anyone who hasn’t already bought one of the game’s fifty zillion versions will soon be able to dive in and see what the World of Goo fun is all about for free—even on their favorite widescreen, 21:9 monitors, if they want. It’s certainly a change of pace from the last time 2DBoy spoke publicly about people playing its game for free—the developer revealed a staggering 90% piracy rate on the game’s DRM-free version back in 2008. 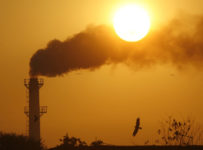 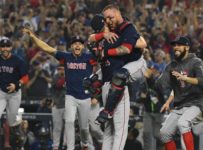