Over the past four years, President Trump has upended the principles that have guided U.S. foreign policy for decades, preferring a transactional, personality-driven approach to world affairs that has at times angered and unnerved some of America’s closest allies.

Trump knows the world is watching as he attempts to win a second term. “China wants me out, Iran wants me out, Germany wants me out, they all want me out,” he said at a campaign rally Saturday. “But here we are, right?”

If Joe Biden wins, the election will mark a crucial pivot for U.S. policy. He has promised to restore a more traditional strategy to foreign policy. He has said that one of his first acts as president would be to “get on the phone with the heads of state and say, ‘America’s back, you can count on us.’ ”

Russian hopes for a Trump victory were reflected in the commentaries of pro-Kremlin media. The prevailing theme in election coverage was that American democracy is fraying, facing likely post-election violence, conflict and even civil war. State-owned Vesti television focused on the construction of a fence around the White House and reported that Trump would probably spend the night after the election “in a bunker.”

Dmitry Kiselyov, speaking on the flagship weekly political program on state TV on Sunday, said the situation was “explosive” and the struggle for power in Washington no longer followed any rules.

In Europe, where Trump is deeply unpopular in most countries, citizens and leaders are watching closely. Many worry that Trump could pull out of NATO if he is reelected, setting off a security revolution that would transform European societies with the need to rearm.

German leaders, mindful of their own historical experience of state-sanctioned violence, appear especially unsettled. “In the #USA we see that it is no longer just about competition. Hatred has found its way into the political system. There is no longer a center, only polarization,” tweeted the chairman of the German parliament’s foreign affairs committee, Norbert Röttgen.

In private, European leaders say that they are bracing for days of uncertainty. One senior European official sent a “fingers crossed” emoji when asked about the election on Tuesday. The official emojied on the condition of anonymity for fear that public emoji would bring down Trump’s wrath on the official’s country.

London Mayor Sadiq Khan took to Twitter to endorse Biden and wish him good luck, adding that the world could not strive for a better future without America. “We’re rooting for you,” he wrote. Khan’s backing of Biden follows years of public clashes with Trump.

Best-selling British novelist Matt Haig, was worried about the impact four more years of Trump may have on global action on climate change, arguing that the future of the planet was at stake. “In all seriousness by 2024 it will be too late to start acting on the environment,” he tweeted.

A mood of cautious expectation draped over the Asia Pacific, a region that has been heavily shaped the last two years by the Trump administration’s all-out confrontation with China.

In China, the U.S. election dominated social media chatter with many Chinese analysts predicting a Biden win could usher in a welcome diplomatic respite. But some are also gloomy about the long-term prospects in China-U.S. relations: Even if Trump loses, analysts say, he will have left his mark by positioning Washington and Beijing as long-term rivals.

“We hope after Biden comes back, we can at least resume high-level dialogue,” said Ding Yifan, senior fellow at the Taihe Institute and a former adviser to China’s cabinet. “Biden wants to compete with China but also collaborate, and that’s how we frame the relationship too. To see the democratic system in the world’s most powerful country go off the rails is not a good thing, it’s actually a terrible thing.”

The U.S. relationship with the Middle East is also hanging in balance after Trump overturned a nuclear agreement the Obama administration negotiated with Iran, kicking off a harsh sanctions regimen to exert “maximum pressure” on the Iranian government.

How the next administration deals with Iran has been one of the top considerations for the Arab World, according to recent polls. Yousef al-Otaiba, the United Arab Emirates’ influential ambassador in Washington, said that different approaches to Iran is the main distinguishing feature between the two candidates. “The biggest fault line right now is how to deal with Iran. … There’s a disagreement,” he told the Abu Dhabi-based the National.

Iran’s supreme leader, Ayatollah Ali Khamenei, said the results of the election would make no difference to the country, and mocked Trump for predicting fraud in his country’s own election. “This shows the ugly face of liberal democracy within American society,” he said.

In Israel, observers said a Biden win — after four years of close partnership between Trump and Prime Minister Benjamin Netanyahu — could accelerate the end of the current compromise government in Jerusalem and lead to elections in a matter of months.

“Netanyahu has made his relationship with President Trump a key selling point to the Israeli electorate,” said Jason Pearlman, a communications strategist. “If Biden wins, it will be seen as a real dent in Netanyahu’s influence.”

Israeli settlers in the West Bank gathered to pray for Trump’s reelection on the eve of the American vote. Settler leaders have expressed concern that a Trump loss could mean a backpedaling of recent foreign policy decisions that include moving the U.S. Embassy to Jerusalem and reducing U.S. criticism of Jewish settlements in the West Bank.

Trump’s chosen pick for ambassador to Israel, David Friedman, warned Israelis in an interview that their enemies would be emboldened by a Biden victory.

“We root for Donald Trump’s victory, because we know well American Democratic governments’ diplomacy, built on moral imperialism,” wrote Hungarian Prime Minister Viktor Orbán in a recent essay. “We have been forced to sample it before, we did not like it, we do not want seconds.”

Many observers expressed their fears for American democracy. In a contest in which Trump has refused to commit to handing over power if he loses the election, some U.S. allies spoke about the vote in terms often reserved for fragile democracies. “I hope for an outcome like what we have learned from the Americans: that the rules of democracy are accepted by everyone,” German Foreign Minister Heiko Maas told the Tagesspiegel newspaper on Sunday. “That means there are not only jubilant winners, but also good losers.”

John Hewson, former leader of the conservative Liberal Party in Australia said the election exposed the “fiction” that the United States is the world’s leading democracy, “when its integrity is so easily compromised, when it is so easy to bully and suppress voters, restrict, challenge and deny votes, compromise the independence of the judiciary and ‘buy’ representation.”

“I am really shocked at what’s taking place in the US elections,” tweeted Nigerian television journalist Mary-Ann Duke Okon. “For a second there, U.S. media is sounding like they’re reporting on Africa’s elections. How the tables have turned.”

In Egypt, where Trump has called President Abdel Fatah al-Sissi his “favorite dictator,” Azza Radwan Sedky expressed her fear in the state-owned Al Ahram Weekly that no matter the outcome, the United States could descend into unrest and lamented its diminished status on the world stage.

“The world always looked upon the US as the melting pot where races blend and live harmoniously,” wrote Azza Radwan Sedky. “It is where millions immigrate to achieve the unachievable elsewhere to realize the American ideals of democracy, equality, and human rights. This portrait is quickly eroding.”

Slater reported from New Delhi, Shih from Taipei and Dixon from Moscow. Theodora Yu and Shibani Mahtani in Hong Kong, Steve Hendrix and Shira Rubin in Jerusalem, Jennifer Hassan in London, Michael Birnbaum in Riga, Latvia and Paul Schemm in Dubai contributed to this report. 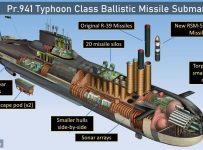