World share prices pushed higher on Wednesday after the S&P 500 logged an all-time high, with U.S. futures up again ahead of the start of trading.

The future for the S&P 500 was up 0.1% while the contract for the Dow industrials gained 0.2%, suggesting the euphoria from the S&P 500′s new record is not over yet.

Trade tensions between the U.S. and China are keeping investor sentiment in check after President Donald Trump said he had postponed talks a virtual meeting scheduled for last weekend because “I don’t want to deal with them right now.”

“I canceled talks with China,” Trump said while out campaigning Tuesday in Yuma, Arizona.

The two sides had been overdue for consultations on progress on an agreement reached in January that brought a truce to a bruising tariff war over technology and other issues.

An 8.2% rise in exports to China, the first since early-2019, suggests the recovery there is helping offset weak demand in other markets, said Marcel Thieliant of Capital Economics.

The nearly 21% decline in exports to the U.S. was much better than the 50.6% slump in May, with strong demand for technology allowing people to work from home helping sustain exports of computer chips and electrical machinery, he said. “But car exports, which were down 30% year-on-year, remain Japan’s Achilles heel,” Thieliant said in a commentary.

Worries over trade tensions between the U.S. and China, which threaten to further disrupt trade between the two largest economies, initially pulled the Shanghai Composite index lower but by early afternoon it was less than 0.1% higher, at 3,452.38.

Tech stocks have stumbled recently amid worries that China could retaliate against U.S. moves against network equipment maker Huawei, social media company ByteDance and other Chinese technology giants by targeting U.S. chip makers and others.

Overnight, Wall Street clawed back the last of the dizzying losses unleashed by the new coronavirus, as the S&P 500 picked up 0.2% to 3,389.78, surpassing its previous record closing high of 3,386.15. It was set on Feb. 19, before the pandemicshut down businesses around the world and knocked economies into their worst recessions in decades.

The S&P 500′s milestone caps a furious 51.5% rally that began in late March. The index, which is the benchmark for many stock funds at the heart of 401(k) plans, is now up nearly 5% for the year.

The prolonged rally that has restored much of what was lost in the spring “has to be the most curious outcome ever witnessed in the annals of global markets,” Stephen Innes of AxiCorp. said in a commentary.

“Given the immense issues of where the real economy sits as families struggle to put food on the table and fill up their cars with gas, not to mention we are nowhere near restoring pandemic economic losses as we are still adding those costs up,” he said.

COVID-19 continues to spread throughout the world, with more than 5.4 million known cases and 170,000 deaths in the United States alone.

Despite the disconnect between the economy and the markets, investors appear to be reassured by the unprecedented support supplied by the Federal Reserve and Congress, which have plowed trillions of dollars into the economy to keep it from plunging even more deeply and to prevent a full-blown financial crisis.

Investors also are watching for signs that Congress and the White House might bridge their differences and agree on more aid to support the U.S. economic recovery. The assumption that a recovery is coming is a big reason for the resilience in the markets.

In energy trading, benchmark U.S. crude oil for September delivery lost 35 cents to $42.54 per barrel in electronic trading on the New York Mercantile Exchange. It was unchanged at $42.89 per barrel on Tuesday.

Brent crude, the international standard, lost 35 cents to $45.11 per barrel. 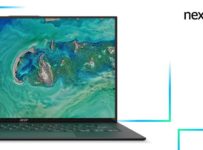