A couple of young flautists are practising scales in a small windowless room at Tlaxiaco’s Casa de Cultura. The rest of the town band are rehearsing a competition routine with a troop of young folkloric dancers – including Yalitza Aparicio’s two younger brothers – in the grand courtyard, decorated with murals depicting the town’s pre-Hispanic Mixtec warriors and artists.

Aparicio is nominated for best actress at the Oscars, taking place on Sunday, for her astonishing portrayal of a nanny in Alfonso Cuarón’s acclaimed film Roma. If successful, the 25-year-old Mexican, who worked as a teacher before she was discovered almost by accident at a casting call held at the cultural centre, will be the first indigenous winner of the award.

The novice actor is up against established stars including Glenn Close and Lady Gaga. But in her home town, known formally as the Heroic City of Tlaxiaco in honour of a battle waged there during the 1862–67 French invasion of Mexico, Aparicio is already a hero.

“Yalitza from Tlaxiaco in Hollywood, that’s just wow! She’s such an inspiration to me,” says 16-year-old Arleth Velasco, who was very excited about watching the Oscars ceremony on a big screen in the main square this weekend.

Tlaxiaco is a bustling city of 60,000 people in the mountainous south-west state of Oaxaca, surrounded by small indigenous villages where Spanish is normally the second language. Aparicio is of mixed ancestry: her mother is Triqui and her father Mixteco. She had to learn Mixtec to play the role of Cleo, whose character is based on Cuarón’s nanny.

“The film shows everyday life of our community, it is a reality that Mexicans who criticise Roma don’t want to accept,” says Velasco, referring to a racial slur used by a soap opera star to denigrate Aparicio. “Yalitza’s triumph shows that people like me with few resources, us ‘indios’, can be someone.”

Aparicio’s unprecedented success has generated an outpouring of pride and joy in Mexico’s indigenous communities, which continue to suffer endemic rates of poverty and exclusion. Aparicio’s mother was employed as a domestic worker, her father a street vendor selling CDs. The modest family home, located up a hilly dirt road on the southern edge of town, is constructed of metal sheets, rocks and concrete blocks.

“To see a Triqui sister in a film at this level gives pride and dignity to my ethnic group,” says Eduardo Gonzalez, a 42-year-old shoeshiner who said he had experienced racism. “I’m so happy that’s she nominated. It doesn’t matter if she wins, Yalitza’s where she’s meant to be.”

Aparicio is the latest in a long line of artists to emerge from Tlaxiaco, including the Grammy winner Lila Downs and the cartoonist Héctor Ramírez Bolaños.

“Art, music and dance is part of the community’s history,” says Miguel Angel Martinez, the cultural centre’s director. “Look at the murals of our ancestors, it’s in our genes. Now, Yalitza’s success has woken up an interest in young people for acting.”

Martinez was approached in early 2016 by the film’s casting director, who was scouring communities looking for a young woman with dark eyes, black hair and dark brown skin. The casting agents came to Tlaxiaco because of the town’s participation in the famous Guelaguetza indigenous dance and cultural festival, held in the state capital, Oaxaca.

A hundred or so young women turned up, and after three days the casting agents had 28 earmarked for a callback, but wanted two more. Martinez tried to persuade Edith Aparicio, a locally renowned singer, to audition. But being heavily pregnant, she was unable to go, sending her younger sister in her place.

Yalitza, who had no intention of becoming an actor, wowed the casting agents. After three more auditions, she was offered the role. Cuarón has said it took a couple of weeks to persuade her to take it.

Some in Mexico have argued that Aparicio’s success was down to luck, but her brothers’ dance teacher disagrees. “This is a rare family, which without having any contact with the arts through their parents, has produced four artists,” says Uriel Aguilar. “All have natural born talent.”

In a telephone interview with the local radio station La Poderosa on Wednesday, Aparicio said her success demonstrated the importance of trying things outside one’s comfort zone. “It doesn’t matter what people say, if you want something, you should fight for it,” she said. “I haven’t thought about winning [the Oscar], I’m still trying to assimilate the nomination.”

Javier Guerrero, the radio presenter who conducted the interview, thinks winning is a long shot against such stiff competition. “In our hearts we hope she wins, but whether they give or don’t give her the statue, to see her name and image on the screen is a huge success for her and this community. She’s a winner to us already.”

The cultural centre is situated opposite an imposing 16th-century church on the edge of Tlaxiaco’s fir-lined main square, which bustles with musicians, salsa dancers and market stall vendors touting everything from traditional blouses to cream cakes and Aparicio’s favourite snack, chicharrón, topped with cream, cheese, cabbage, ham, tomatoes and salsa.

She always stops by for a chicharrón fix, say the husband and wife vendors Jeronimo Ortiz and Rocio Reyes. They first met Aparicio when she was selling Christmas piñatas with her sister in the market. “She hasn’t changed at all, she’s a simple person,” says Reyes.

Win or lose on Sunday, Aparicio appears destined for further stardom. There are rumours of a new project with the Mexican-American singer and actor Diego Boneta.

“She’s an example to us all,” says Ariadna Fabiola, the director of the kindergarten where Aparicio taught until February last year. “You have to take risks and not worry about failing. Her life has completely changed, and we’re very proud of her.” 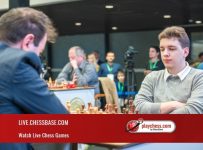 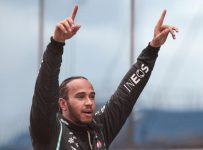