The economy could have lost business amounting to $300 million over the three-day forced shut-down that started on Monday and ended yesterday, industrialists have said.

Confederation of Zimbabwe Industries (CZI) president Mr Sifelani Jabangwe, said companies and individuals who lost their properties to the marauding demonstrators have been plunged into serious financial challenges since insurance firms do not compensate anything destroyed during riots.

Further, the violence that accompanied the opposition and civic society-instigated demonstrations, might have ripple effects given that they occurred at a time Zimbabwe is badly looking for investors to create more jobs and help turnaround the economy. Capital is generally timid and flies out of seemingly unstable environments such as political skirmishes and wars.

Asked how much the economy in general, and industrialists in particular could have lost during the strike, Mr Jabangwe said; “The only way we can measure the loss is through GPD.

Mr Jabangwe said CZI members lost substantial business as some that had gone to work on Monday, could not deliver the goods to the market because roads were blocked. There are also cases of perishables that went bad as the markets were closed.

“The strike has significantly affected our members in terms of production and sales. We are also concerned about the loss of life that we hear, which is unfortunate. These are the economically active that we lost.

“We think in as much as it is their right to protest as indicated in the national constitution, the protesters should also not infringe on other people’s rights because right now, we have cases of property destroyed and what is worse is that insurance companies don’t cover damages arising from riots,” said Mr Jabangwe.

He said while one of the demonstrators’ grievances was an improvement in the economy, they need to be reminded that it would not happen overnight, and the violence of the last three days can only worsen the situation.

“Solutions to the economic challenges will not be easy and we believe that the general conduct of demonstrators may cost the nation in a big way.


“You see, the investors we want will not come because they will say ‘Zimbabwe is not a safe investor destination’. The economic challenges will not be solved by burning down property.

“It is easy to blame Government for the economic challenges but we are also to blame as citizens due to our actions,” said Mr Jabangwe.

The tourism sector is understood to have also been hugely impacted on by the violent demonstrations, which some opposition and NGO elements have been planning for a long time with some Western nationals. Hoteliers reported massive cancellations as tourists feared they would be caught in the crossfire. Some countries such as the United States of America, issued travel warnings to their citizens, and consequently resulted in withdrawals by tourists.

Impressive tourist numbers are usually central to the good performance of the sector by year end. Going forward, Mr Jabangwe called for “dialogue at the TNF (Tripartite Negotiating Forum) level and drive the economic development agenda”.

On Monday business lamented the three-day shut-down was counterproductive. They said such actions were tantamount to massive loss of production at a time Zimbabwe is making frantic efforts to rebuild the economy.

“As private sector, we continue to engage Government. Such strikes are causing retail sector to lose on average $5 million in sales, daily,” he said adding violence was no way of resolving issues but engagement and social contract to be signed by all parties.

Retail shops and businesses in Harare’s Central Business District were closed for three days. National Business Council of Zimbabwe (NBCZ) president Langton Mabhanga said calling for industrial actions and violence to resolve economic challenges was irresponsible. He said building the economy was not a responsibility for Government alone, but all stakeholders which called for responsible actions.

“What we are doing now is not going to help the economy. The more Zimbabweans do these things (violent protests) the more we miss,” said Mr Mabhanga by telephone.

“This will only knock down production, which is not good for the economy. After all, this is not the way to make Government accountable, they are not the only ones responsible for building the economy. Government’s role is to create policy that enables businesses growth, to facilitate and support the economic environment,” he said. 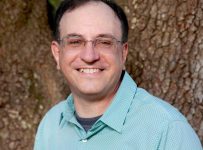